Something new for me: A Wild Rose Press BROTHER!

I usually promote all my sistahs from the WRP, but today I’m pleased to introduce to a new member of the Rose Garden – a brother!

Robert Herold has just released his first book w/WRP and he very graciously dropped by to tell us all about it – and all about him, too! Sit back and learn about  the writer of THE EIDOLA PROJECT.

It’s a blast. I started writing television pilots a few years ago and won some notoriety, but things weren’t going any further, so a mentor suggested I try writing a novel. I love it! The Eidola Project is my first novel. My second is at the editor, and I’m 100 pages into writing number three.

Paranormal/horror. I don’t strictly write romance, but there are definitely romantic elements (sometimes steamy) in my books. Supernatural tales have always held a fascination with me. (See my bio.)

I read broadly, not strictly romance, but I feel it is a key to the success of most fiction books, films, and television. I am in awe of many romance writers. They have their chops together and know how to engage their readers.

My day job is a middle school history/social studies teacher, hence the historical setting (the 19th Century) for The Eidola Project. Teaching is pretty demanding and I play music (sax & flute) with at least one group in the Seattle area, so I grab writing time whenever I can manage it during the week, and especially on weekends and holidays.

I have a lair downstairs in the basement filled with kitschy collectables and lots of books! I also write on the main floor when I want a view of the outside.

I’m able to filter out a good bit of distraction, which is necessary given my chihuahua (Jangles, The Wonder Dog) is always barking. I think he’s making editorial suggestions!

I used to do so, quite a bit, mostly jazz and classical, but lately I haven’t. Jangles’ barks are music to my ears (not)!

I’m currently working on two books. I am at the editing stage with the second book in the Eidola Project series. It involves the paranormal investigators going to Virginia (it’s 1885) to investigate a series of deaths being attributed to a werewolf. The book is titled Moonlight Becomes You.

I’m also writing the first draft of Totem of Terror. Here, the Eidola Project team travel across 1885 America to the very NW point on the Washington Territorial Coast. They are investigating a deadly shape-shifting being who is killing the local people. I came up with the plot after taking a college course on Northwest Coastal Indians and studying their myths and legends. I wrote the story for another college course on writing for publication, but the story lay dormant for many years until I decided to incorporate it into my Eidola Project series.

Well, I have my team of characters who, assuming they survive, will populate the books of the series. Before writing, however, I always come up with an ending first. Years ago I used to plot every beat of a script, but I found the actual writing to be a lot less fun. Now, I know were I want to end up, then I turn my characters loose and see what happens. It’s a lot more fun.

Creative, engaging, cinematic.(Peggy here: I can truthfully tell you no one has ever described themself as CINEMATIC here before! Bravo!)

I wanted to be a werewolf as a child. It’s probably why I have a beard!

2. Who was your first love and what age were you?

I was in love with Patty Duke, the actress, who had a television show at the time. I was eight years old and wrote her a love letter:

You look the cutest

And I love you.

My parents got a kick out of it and helped me post my love letter. To my delight, Patty Duke wrote back! She sent me an autographed photo of her holding a telephone to her ear, sitting on a cushy chair, with one of her feet in the air. The picture was signed, “Thanks for watching! Love and kisses, Patty Duke.”

I was in heaven. I would kiss the photo goodnight and sleep with it under my pillow. Needless to say, it soon started to look a little ragged.

Then heartbreak struck: A new toy store opened at a local mall and I discovered that they carried a new line of Patty Duke dolls. In each package was the exact same photo, with the exact same inscription, written in the exact same way. It had been mass-produced.

It took me years to recover.

3. If you could relive one day, which one would it be? Think GROUNDHOG DAY, the movie for this one – you’ll have to live it over and over and….

Well, the premise of the film was that Bill Murray’s character needed to relive it repeatedly until he got it right. I believe I got it right in marrying my wife, Ruth. I proposed after a month of dating, and we’ve been married for 38 years!

4. What’s one thing you love about your significant other?

Ruth is smart, sexy, funny, and caring. I can’t place one of these above the other. If I need to pick one thing, I’d say her as a whole!

5. If you had to give up one necessary-can’t-live-without-it item, what would it be?

6. What three words describe you, the person?

7. If you could sing a song with Jimmy Fallon, what would it be?

8. If you could hang out with any literary character from any book penned at any time, who would it be, why, and what would you do together?

I tend to fall in love with many of the women I read about. So, I guess it would be the female protagonist in whatever I’m reading.

What would we do together? Well, let’s just say, don’t tell my wife.

I love the Actor’s Studio show on Bravo, so this is my version of it: 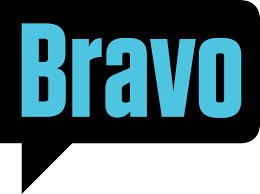 And now, as promised, here’s a little sneak peek at THE EIDOLA PROJECT

It’s 1885 and a drunk and rage-filled Nigel Pickford breaks up a phony medium’s séance. A strange twist of fate soon finds him part of a team investigating the afterlife.

The Eidola Project is an intrepid group of explorers dedicated to bringing the light of science to that which has been feared, misunderstood, and often manipulated by charlatans. They are a psychology professor, his assistant, an African-American physicist, a sideshow medium, and now a derelict, each possessing unique strengths and weaknesses.

Called to the brooding Hutchinson Estate to investigate rumored hauntings, they encounter deadly supernatural forces and a young woman driven to the brink of madness.

Will any of them survive?

Sarah retrieved the lamp and twisted the peg. The outhouse door swung open on its own, and she gasped.

“Momma?” Sarah asked as she held out her lantern.

No. A ruined version of Molly stood in the doorway. Before her disappearance, people often commented on the sixteen-year-old’s beauty, but in the last twenty-eight days birds pecked out her pretty blue eyes, and maggots now swam in the sockets. Molly’s head hung to the left at an odd angle. Her skin looked mottled with patches of gray, blue, and black. A beetle crawled out of Molly’s half-opened mouth and darted back in.

Sarah’s heart leaped to her throat, and she jumped back. She lost her footing, fell onto the outhouse seat, and dropped the lantern to the floor. She bent to retrieve it; thankful the glass globe did not break. Sarah looked up and saw an empty doorway.

Impossible, she told herself. Must’ve dozed off, had a nightmare, and woke up when I dropped the lamp.

Her heart still pounded in her chest, and Sarah took a deep breath to calm herself.

Holding the lamp before her once more, she crept out…

A little more about Robert…

The supernatural always had the allure of forbidden fruit, ever since my mother refused to allow me, as a boy, to watch creature features on late night TV. She caved in. (Well, not literally.)

As a child, fresh snow provided me the opportunity to walk out onto neighbors’ lawns halfway and then make paw prints with my fingers as far as I could stretch. I would retrace the paw and boot prints, then fetch the neighbor kids and point out that someone turned into a werewolf on their front lawn. (They were skeptical.)

I have pursued many interests over the years, but the supernatural always called to me. You could say I was haunted. Finally, following the siren’s call, I wrote The Eidola Project, based on a germ of an idea I had as a teenager.

Ultimately, I hope my book gives you the creeps, and I mean that in the best way possible.

You can connect with Robert here:

One more word from Robert before we say goodbye:

I’m really pleased with my 16-second animated book trailer. Please check it out at:

Peggy here: Robert, thanks for stopping by to give a little preview of The EIDOLA PROJECT and a little glimpse into your life. Be well.

5 responses to “Something new for me: A Wild Rose Press BROTHER!”