Since I am a panster, my characters seem to hijack the story at every turn. Just about the time I think I have the reigns of the story—off they go in another direction. It’s frustrating at times, but I so enjoy the experience never knowing what will happen for sure. I seem to write chapters out of order, scenes out of order but in the end, everything seems to fall into place. So far. LOL

Take for instance in CHARM ME AGAIN, I had no idea how Daylan was going to make amends with his sister after their horrendous falling out. But as I listened to him tell his story, involvement with the Scottish ghost and his regrets thing begin to fall into place. Yet when he was told Josie was off limits…well…he couldn’t help himself and chaos reigned. Then along comes Josie, a yoga instructor in Summer’s studio, an innocent with a stalker problem. She was so much more than she seemed at first glance. I had trouble keeping up with her transformation. When I just about thought I had things in hand, I discovered that Josie came from a prestigious family of lawyers and her free spirit got her tossed out of the family.

I hope I’ve given you enough for you to want to take a peek at the book. I know you are going to love it. Especially if paranormal romance sprinkled with mystery is your thing. Living in fantasy is mine, the real world scares me to death. LOL

What’s CHARM ME AGAIN about? I’m glad you asked.

For several months a Scottish Highland Ghost has haunted Daylan, in his personal life, his professional life and at his forge. Yet, being a talented warlock, he is no closer to discovering what the ghost wants or why he chose Daylan. A trip to his estranged sister’s home in Colorado may have unforeseen consequences especially when family history leads him to a shocking discovery.

As his attraction blooms for Josie, a yoga instructor in his sister’s studio, he realizes there may be more to Josie than he can imagine. When an ancient rogue Fae Warrior set on revenge kidnaps her in an attempt to claim her as his own, a devastating curse comes to light.

Daylan’s world spirals out of control as he searches for Josie. Can he break the age old curse to save her and their future, or will she be lost to him forever?

A peek between the pages of CHARM ME AGAIN

She swallowed hard and blinked.

Out of the mist, in full Scottish regalia, a ghost stood, his transparent red and green belted plaid blowing in the breeze.

She shook her head, closed her eyes, scrubbed her hands over her eyes, and blinked them open. “What the hell?” burst from her lips before she could control herself. “It’s some kind of bad dream. Right?” She rubbed her eyes again opening only one this time. “Shit, you’re all still here.” She dropped her arms to her sides and glared at Daylan then Summer. “Someone better tell me what’s going on—right now.” Her hands fisted and unfisted at her sides.

“We meet again Shay.” The ghost said. “What kind of attire are ye wearing?”

“Never mind. Ye are the cause of the problem, Daylan.” The leader glared at the ghost.

Daylan stood straight. “No way. I’m not taking the blame for this.”

Shay grinned. “Oh, now things are falling in place.” He pointed a finger at Daylan. “You are his namesake and that is why Khellan has returned.” He flicked a finger at the ghost. “And you have attached to your namesake hoping he or his twin can break the curse. What a tangle.” Shifting his gaze to her, he continued. “This young lass is caught in the middle with naught power to protect herself.”

“For god sakes. She’s mortal. How can she be caught in the middle?” Daylan shouted. “She shouldn’t even be able to see what’s happening.”

“Yet she does. Something to think about.” Shay shrugged one shoulder. “She is besotted with you, as you are with her. The lass’s blood may be diluted, but it’s there. The cycle begins again.”

A little about Tena 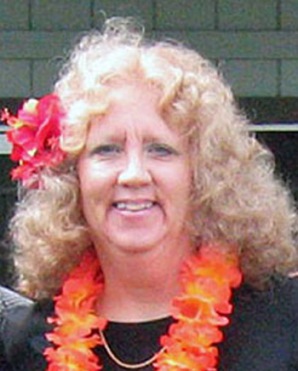 Tena Stetler is a best-selling author of award winning paranormal romance novels. She has an over-active imagination, which led to writing her first vampire romance as a tween to the chagrin of her mother and delight of her friends.

With the Rocky Mountains outside her window, she sits at her computer surrounded by a wide array of paranormal creatures, with a Navy SEAL or two mixed in telling their tales. Her books tell stories of magical kick-ass women and strong mystical males that dare to love them. Travel, adventure and a bit of mystery flourish in her books along with a few companion animals to round out the tales.

You can connect with Tena here: