For The Love of You by Claire Marti. #newbookrelease #authorvisit

I’ve been so lucky to meet writers during my writing journey who astound me with their talent and inspire me with their bravery. When I decided to publish my very first indie romance, it was to writers like today’s guest, Claire Marti, to whom I looked and learned.

Claire has a new book out today, the third in her Pacific  Vista Ranch series, and she graciously allowed me to talk the book ( and it’s predecessors) up !!!

FOR THE LOVE OF YOU by Claire Marti

For a French soccer icon, and a gifted artist, a fake engagement is the perfect solution for their current dilemmas. But when last summer’s fling slips from lust to love, their pretend relationship becomes too hot to handle.

Gabriel DuVernay is heir to one of the oldest wineries in France, but his passion is playing soccer, not tending vines. When he signs a multi-million dollar deal with the Los Angeles Galaxy, he’s able to postpone his unwelcome duties and help his younger sister convince their old-fashioned father she should be their family’s first female winemaker. Another bonus of moving to California is reuniting with the striking redhead who snuck out of his apartment after the hottest night of his life.

Last summer, artist Dylan McNeill’s life on her family’s Southern California horse-breeding ranch was thrown into chaos and she escaped to Paris. One electrifying night with a gorgeous playboy athlete helped her forget her problems. She’s never forgotten Gabriel, but aspiring artists trying to break into the elite art world don’t have time for romance. She’s determined to get discovered without trading on her family’s famous name.

When Gabriel suffers a career-shattering injury, he needs to buy some time to figure out how to remain in America and choose his own future. His influential mother can open important doors in the art world and help Dylan fulfill her dreams ––for a price. A fictitious engagement seems like the simple answer until living at Pacific Vista Ranch and pretending to be in love starts to feel real.

Can last year’s one night stand and this year’s fake engagement turn into true love forever?

Hands linked, they ascended a single flight of broad wrought iron stairs. When he opened the large door, her lips parted in wonder at his home’s simple classic beauty. Wide honey-colored plank flooring set off the soaring ceiling, stark white walls, and midnight navy couch and loveseat. Nothing distracted from the main attraction: enormous glass doors revealing the unobstructed view of the wide golden sand beach melting into the cobalt blue Pacific Ocean.

“Wow. So I guess you signed on the dotted line the minute you saw this view?” Dylan drank in the beauty of the late afternoon sky.

Gabriel’s laugh was a low purr in his throat. “Exactly. Come.” He slid the French doors open and led her out to an immense deck.

Immediately, the warm, salty breeze caressed her skin and the shriek of seagulls filled the early twilight sky. Streaks of mauve and raspberry and tangerine turned the horizon into a watercolor tableau worthy of its own canvas. She leaned against the white wooden railing and sighed with pleasure.

“This is amazing. When did you arrive and do you get to spend much time here?” The Major League Soccer season ran from March to December. Professional athletes didn’t get much downtime, even in the off-season.

He was close enough that the clean fresh scent of soap and shampoo tickled her senses. His hair held a hint of curl and glints of chestnut and caramel. He angled his head toward her. “The transfer came through a few months ago, but I finished up my contract with Barcelona. I was at practice the morning after I arrived. So, no, I haven’t spent enough time here yet.”

“Thanks for sharing it with me.”

He reached for her hand again, lacing their fingers together. “Let’s have some wine and choose something to order for dinner. What are you in the mood for?”

“Italian or maybe French?” Her cheeks flamed. No innuendos there at all. Nope, not a one.

He waggled his eyebrows. “That can be arranged.”

Before she could react, he pulled her into his arms and lowered his head. He paused a few inches from her lips and slid one hand up her back to clasp her head. His minty breath mingled with hers and her lips parted in anticipation. His pupils dilated, his eyes black. With a growl, he captured her mouth and stroked and swirled his tongue with hers.

She melted against him, her knees buckled, and only his powerful embrace saved her from sliding to the deck in a boneless heap. She wove her arms around him, gripping the thin material of his t-shirt.

“Get a room!” A shout from the boardwalk below doused them like a bucket of freezing water. Gabriel’s hold softened and Dylan stepped back.

She exhaled a shaky breath and smoothed back her hair. Worked to slow her thundering heartbeat and gather some composure. When she’d agreed to come over to his house, she’d been anticipating flirtation and conversation, but nothing could have prepared her for experiencing the intensity of their chemistry again. They’d only spent one night together, but he’d left an indelible impression on her. Apparently, it was mutual.

Gabriel flashed a cheeky grin. “I’ve got several rooms inside, care to join me?”

“Aren’t you the clever one? Maybe we should slow things down and have that drink. And I am hungry.” Everything about him was seductive and she was inexorably drawn to him. If she didn’t at least gently tap the brakes, they’d be in bed before dinner. Or instead of dinner.

A little about my friend, Claire Marti: 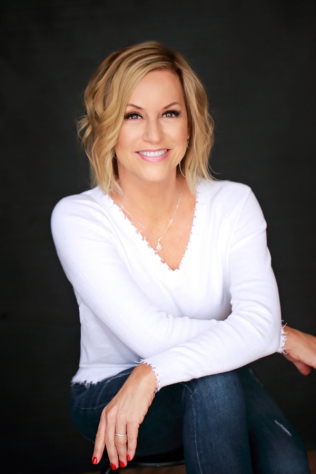 Claire Marti started writing stories as soon as she was old enough to pick up pencil and paper. After graduating from the University of Virginia with a BA in English Literature, Claire was sidetracked by other careers, including practicing law, selling software for legal publishers, and managing a non-profit animal rescue for a Hollywood actress.

Finally, Claire followed her heart and now focuses on two of her true passions: writing romance and teaching yoga.

Claire’s exciting new Pacific Vista Ranch series set on a horse-breeding ranch in exclusive Rancho Santa Fe, California, launched in September 2019.
​
When Claire’s not writing, she’s teaching yoga. You can find her teaching at studios in sunny San Diego or enjoy fifty online classes on the international website www.yogadownload.com. A breast cancer survivor, Claire is a sought-after speaker on the power of yoga and meditation. She’s been published in numerous magazines with articles on wellness and is the author of a memoir, ​Come Ride with Me Along the Big C, on her experience beating breast cancer.

You can find Claire here:

NOBODY ELSE BUT YOU

A smoking hot stuntman. A fiery horse breeder. And a 220-acre ranch too small for both of them.
She’s avoided Hollywood for years…
When an arrogant Hollywood stuntman struts into Samantha McNeill’s breeding barn, sparks fly. She doesn’t care how mouthwateringly gorgeous he is, not when he assumes Pacific Vista Ranch’s resident horse breeding manager must be a man. Not to mention his job threatens to pull her family back into the paparazzi filled world they escaped from over a decade ago.
Now it’s at her door––wearing faded jeans and a wicked grin.
Holt Ericsson can tell the beautiful redhead hates him on sight and the feeling is becoming mutual. But he will call in a favor and convince Sam’s legendary director father that Pacific Vista Ranch is the only suitable place left in California to film an epic Western. Holt’s invested all his savings in the movie and his entire career is riding on it. No way will he allow one irritating, sexy woman to stand in his way.
Sam intends to fight him at every turn…if only her heart didn’t race when they’re together. Holt does his best to steer clear of her…except all he wants to do is hold her close. The sizzling attraction between them is either going to burn up the sheets or burn down the ranch…

THE VERY THOUGHT OF YOU

A perfectionistic equine vet. A gorgeous fireman. An unrequited high school crush blazes hot twelve years later.
Reliable Amanda McNeill’s world toppled last summer when Hollywood invaded her family’s horse breeding ranch. Everyone’s moving onward and upward, but she’s in a massive rut. Weary of her label as the dependable older sister, she yearns to throw predictability to the wind and embrace spontaneity. She can be impulsive, even wild, and a hot fling with Jake Cruz might be the sizzle she needs to jumpstart her life.
When firefighter Jake Cruz rescues a dog from a hit-and-run, the nearest vet is none other than his high school tutor, Amanda McNeill. Face to face with his former crush, he finds her to be even more beautiful than he remembers, and her charming blushes and heated glances tell him she notices him this time around. While Jake longs to discover if this Amanda matches the girl who starred in his adolescent fantasies, his desire to become fire captain, and earn his family’s pride, requires he focus on work, not passion.
Could his dream woman become his real love or will his professional ambitions extinguish their chances? Once the smoke clears, will Amanda realize Jake isn’t a fling but her hero after all?

2 responses to “For The Love of You by Claire Marti. #newbookrelease #authorvisit”