Since summer is still upon us, I thought I’d add another little something from VANILLA WITH  A TWIST today.

Tandy’s maternal by nature so when she reaches out to clean Deacon’s face, she realizes, too late, she shouldn’t touch the man because there’s nothing maternal in the emotions he stirs up in her. 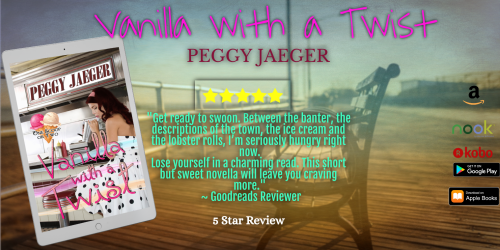 “Done.” She pulled a paper towel from the dispenser, and before she thought better of it, cupped his chin intending to swipe at the grime on his face.

Intrigued? get your copy here is you are.

Looking for me? I’m here