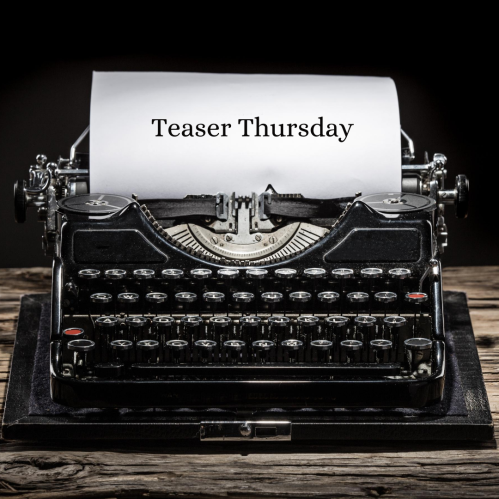 So since I had my cover reveal for MISTLETOE, MOBSTERS, & MOZZARELLA the other day, I figured today’s tease should be from that book so I can whet your Holiday book-reading appetite.

Madonna San Valentino, as the oldest child and the only girl of the six kids, is the most responsible and least annoying one of the bunch. Her brothers are, for lack of a better phrase, all pains in the ass, each and every one, and are so wrapped up in their own worlds, they don’t have time for things going on right under their noses, as evidence by this little snippet.

To set the scene, Madonna has just arrived at her parent’s house for the weekly family dinner. All her sisters-in-law are in the kitchen helping Mama get ready for dinner, while her brothers are all lounging around in the den. 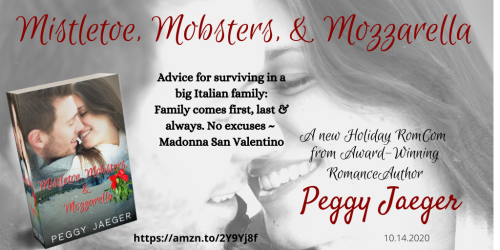 Most Italian’s have big family dinners on Sundays after attending morning mass. Since our store was open from nine until three on Sundays, my mother had designated Friday evenings for family gathering time.

In the beginning when she’d first issued the edict, my brothers, in their typical pain-in-the-ass way, had voiced their objections loudly and obnoxiously. Thankfully, their wives had all adopted the most effective communication techniques to get through to them, learned from my grandmother. Guilt, and a well placed head slap.

The guilt was easy. A few ‘we don’t know how long we’re gonna be blessed at having your parents around. They’re not young anymore-s,’ from my sisters-in-law, aimed with a head tick and pretty soon my brothers stopped grumbling and found their way to Mama’s table once a week.

When the grandkids started coming along, the table grew tighter to sit around and my brothers thought this was their get outta dinner free card.

Daddy bought a bigger dining room table at his wife’s request and then used the old one for the growing horde of kids.

You don’t get between an Italian mama and her family.

The house I’d grown up in was warm and inviting when I came through the front door, three boxes filled with a half dozen éclairs each, in my arms. The mouthwatering aroma of mama’s pork loin wafted around me and drew me straight to the kitchen, my nose leading the way.

As usual on family dinner night, the kitchen was a cloud of estrogen. My four sisters-in-law, two heavily pregnant, were all at various spots doing whatever task Mama had given them to get dinner ready and on the table by the time my father walked through the door.

Maria Louisa, my brother Costa’s wife, sat at the kitchen table nursing her ten-month-old son, Donatello. While one hand cradled the baby at her breast, the other sliced fresh, homemade bread.

Lisa and Haley, the twin’s wives – and my ready-to-pop pregnant sisters-in-law– were each chored with salad making. Lisa cut vegetables while Haley mixed the from-scratch salad dressing my mother insisted on serving from her own grandmother’s handed-down recipe. None’a dat bottled crap on my table was Mama’s motto.

Margaret Rose, my brother Giacomo’s wife stood at the stove, stirring the tomato gravy for the pasta. Her twins, year old Rocco and Carlo were nowhere to be seen. I assumed they were in the living room with their father and the rest of my brothers and nephews.

“Why are there never any men in here doing dinner prep?” I asked, giving Mama’s cheek a kiss.

“Idioti.” She clucked her tongue as I went around the room bussing the girls. “I don’t want them in my kitchen. They make more work for me because they can’t follow simple directions. The girls know what to do without being told fifty times.”

I put the boxes of éclairs on top of the refrigerator next to the cookies and cheesecake. Dessert was a course never missed in this household.

“Go open the vino that’s on the table. Let it breathe for a bit.”

As far as chores went this one was easy. I think she gave it to me because she knew I’d been on my feet since five. Her views on working women vs. stay at home moms, which my sisters-in-law all were, was pretty funny. While managing and running a deli wasn’t easy, it was way less exhausting than chasing after toddlers all day long, or being at the beck and call of nursing babies every hour or two. Plus, keeping the house clean, the meals made, and everyone safe. And let’s not forget having to deal with my brothers. The girls should be getting combat pay for that alone.

From the dining room already set for dinner with nonna’s wedding china, the noise level coming from the adjoining room clued me in to where my brothers were. I snuck a peek into the den and sure enough, all five of them were sprawled around the room on various chairs and couches, bottles of beer in their hands and the television playing some dvr’d basketball game.

My brothers were all blessed with mama’s fair genetic makeup. Varying shades of brilliant blue eyes, light brown-to-blond hair, and olive complexions encompassed them all. When I’d been a kid I always wondered if I was adopted because I didn’t look anything like them. As I got older and studied science in school it made more sense to me why I took after my father.

My brothers varied in age from twenty-nine year old Costa, the closest in age to me, down to the twenty-eight year old twins Vincenzo and Vito, Giacomo at twenty-six, and then the baby of the family and the only boy not married, twenty-one-year-old Rafael.

I was twelve years old when Raffie came into the world and it’s safe to say I was more his mother than his sister at times. A deep depression gripped my mother after she delivered him and she spent most of the first year of his life in bed. Thankfully, nonna came to stay with us and ran the house so daddy could work, while I helped in whatever way I could. Most of the time it meant taking care of the baby when I got home from the deli and making sure the other boys didn’t kill themselves, or him, with their horseplay and rambunctiousness.

One look in the den and I felt like history was repeating itself because Giacomo’s twins were face down on the carpet, lying on top of one another, their limbs all twined together, grunting baby noises coming from deep down in their little bodies. Rocco, or maybe Carlo, was on top, unintentionally smothering his brother whose face he was sitting on, smashed flat into the carpet and making breathing impossible.

My brothers, engrossed in the game playing on television, were clueless to the potential disaster right in front of them.

I’d learned long ago yelling at them served no purpose. They were all masters at the art of ignoring me.

I made my way to the babies and, silently, lifted Rocco – or maybe Carlo – off his brother with one hand, the other flipping Carlo – or maybe Rocco – so he was supine. His little face was pale, his lips ringed with blue, but he took a huge breath, startled once, and then let out a bloodcurdling screech sounding remarkably like the wail his father had made back in his own baby days.

All five pair of male eyes turned to me at the sound. Not one of them moved from their comfy positions.

“Marvy,” I mumbled, hoisting a boy onto each hip, one of them silent, the other screaming like he was spewing out a lung or being dismembered. “I’m bringing the boys to their mother,” I said, wincing from the earsplitting shrieking. I wouldn’t be surprised if my left ear went deaf before the night ended.

Giacomo toasted me with his beer and said, “Thanks, sis,” his attention already focused back on the game.

In the kitchen I handed the screaming baby over to his mother and told her how I’d found her sons. It wasn’t my job any longer to discipline or try to guide my brothers. They had wives for that now. And from the look of abject fury on Margaret Rose’s face I knew Giacomo would be getting his comeuppance later on when they were home.

I didn’t feel an iota of pity for him.

With the fratricidal wannabe glued to my hip, I went back to the dining room and finally opened the wine bottle single handedly. 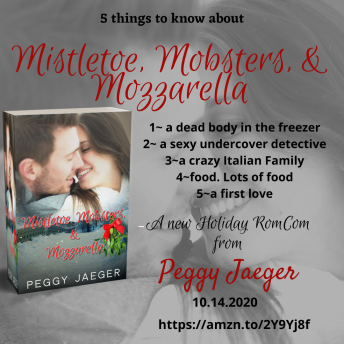 Intrigued? If so, you can preorder your ecopy here : mmm

The print copy will available in October.