A little #bookteaser from Dirty Damsels 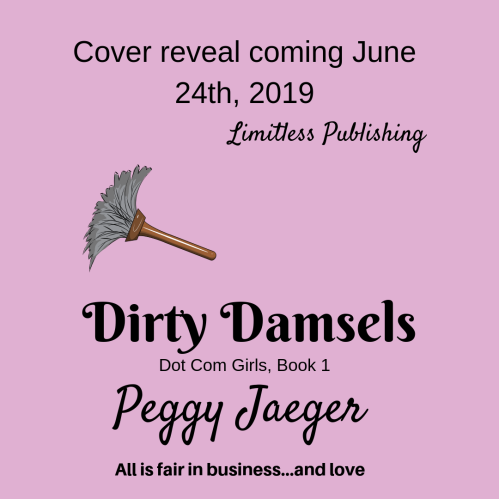 So, last Monday I gave you a few book graphic teasers for my July 2 book release from Limitless, DIRTY DAMSELS. I’m doing a complete cover reveal next Monday, June 24, so make sure you set your calendar reminders!

Today, I want to give you a little sumthin’ sumthin’ between my hero and heroine. The blurb is now official, so I’m gonna include that here, as well.  Just fyi – this little snippet is unedited, so you may see some repeating words. Don’t worry; the final version rocks!

Blurb:   All is fair in business…and love.

When I first saw Cynderella all covered in soot in that sexy maid uniform, I knew I wanted to be her Prince.

She’s a smart and savvy businesswoman who’s built her cleaning company from the ground up. But now that Dirty Damsels was booming, I’ve been hired to arrange a hostile takeover.

But the temptation of having her was too much to ignore…

We ended up spending one night together—a night neither of us will forget. Now, I want more. I need more. I want to spend every night, skin-on-skin, with my beautiful Ella.

Problem is, when she finds out who I really am, she’ll never forgive me.

He was massive. At least six-three with shoulders so wide they actually blocked my view of the room behind him. Jet-black, military close cropped hair surrounded a face constructed of sharp angles and etched planes. His jaw was formed from concrete, hard and square and hinting at a little cleft deep in the middle. Thick eyebrows the same color as the hair framed two of the greenest eyes I’d ever seen. They mimicked jade crystals, freshly mined and polished. I would’ve bet actual cash his light gray suit was tailor-made because it hugged the width of his shoulders with sartorial precision and tapered down to a trim waist.

All this ran through my mind as I devised a plan to escape from him to avoid being attacked. I held the plastic dustpan and brush against my body, two pitifully ineffective weapons should I need them against this potential ax murderer.

His brows pulled together and he was motioning with his hands. When he pointed to his ears I got it. I yanked out the earbuds and let them fall down to my waist.

Before nodding, I let the sound of his voice wash over me. It was deep, rich and warm, like a glass of perfectly aged, room temperature, Irish whiskey on a chilly night. In a heartbeat I realized a girl would be happy to do whatever that voice asked her to.

“I tried to get your attention.” He dropped his hands into his pants pockets-exceptionally well fitted pants, by the way. “Then I realized you couldn’t hear me when I saw you swaying back and forth. I’m sorry I scared you.”

I found my voice. “How did you get in? I know I locked the door behind me.”

“You did. But Cal left a key for me with the doorman. I didn’t expect anybody to be here.”

The smile working its way across his angular face had the same effect on me as his voice. To call it charming would have been an understatement. His lips moved with a slow, purposeful amble from the middle of his bowed upper lip, down across his thick bottom one to finish in a deep dimple on each of his cheeks. Perfect teeth lived under those sexy, full lips. On a girl they’d be described as pouty. On him they were completely and utterly masculine. And devastating. Just as a girl would do anything the voice asked, she’d also give anything for a taste of those lips.

“The cleaning service,” I said hastily. “I thought I had enough time to get the whole place done before you arrived. You’re way early.”

“I hopped on an earlier flight. And don’t be sorry.” His smile changed into a boyish grin. “I enjoyed the show.”

For a second I didn’t know he meant. Then it hit me.

He must’ve seen the realization in my eyes and the embarrassment I know heated my face and neck, because his smile widened and grew a tad wicked, crinkling the corners of his gorgeous eyes. “That was a pretty impressive rendition of the Thick song.”

I’ve never been the kind of girl who can be teased and be comfortable with it. Probably because the evil bitch and her twin spawns of terror teased and chided me mercilessly during my adolescence. My face grew even hotter as my discomfort danced within me. I usually have a pithy comment handy to pull out of my back pocket to shoot down anyone I perceive is making fun of me. It’s an old and trusted defense mechanism I’ve tried to curb for years, but haven’t succeeded at. For some reason, though, I couldn’t think of a response. A little niggle in the back of my mind reminded me he was the guest of a client. A high paying client. A client I didn’t want to lose or annoy. Maybe my subconscious was working for me for once instead of against as it forced me to keep quiet.

“I didn’t mean to embarrass you.” He moved closer, while he pulled something from his pocket. Before I realized what he meant to do, he cupped my chin in his hand and placed a handkerchief against my cheek, giving it a little rub. This close I could see the dark rim of deep moss surrounding the brighter color of the jade in his eyes. Eyes that never left mine. I couldn’t blink or look away. Don’t ask me why, but for the first time I understood what the saying “like a deer caught in the headlights” meant.

The skin across his fingers was rough where he held my chin prisoner, but his actual touch was disarmingly gentle. His warm breath blew across my face as he wiped something away, inspected the area and, then, pulled his gaze back to mine. His eyes were heavily hooded and so damn hot a tiny tug yanked low in my belly and then pushed its way down lower. Much lower. His eyelashes were long and thick and jealousy stabbed through me. No amount of mascara or lash plumping product would ever make my skimpy, spikey little lash hairs look like his natural ones.

“Ashes,” he said, folding the handkerchief and then sliding it back in his pants pocket.

I bit back a whimper when he let go of my face.

Intrigued? I’ll be posting the pre-order links soon. Remember to check back next Monday to see what the official cover looks like. And just as a reminder, here are a few of the teasers I made: 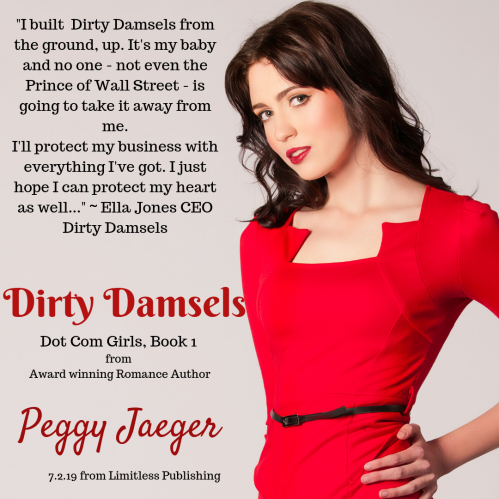 I can’t wait to share Ella’s story with  you all!