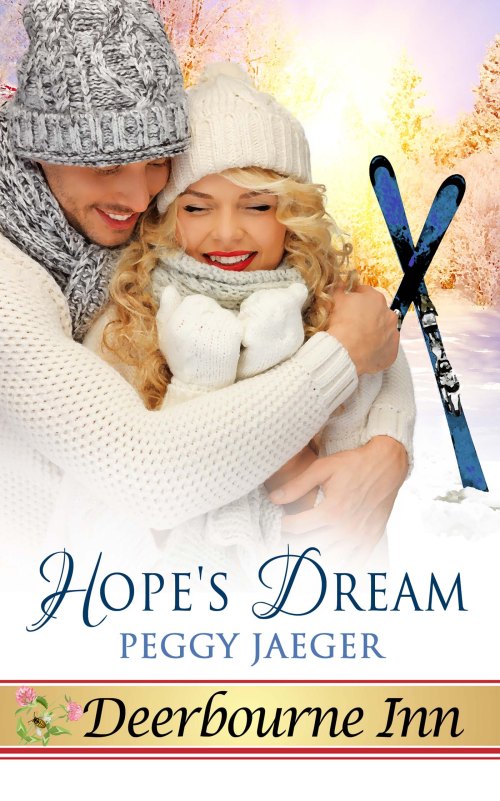 He cleared his throat, breaking into her thoughts, the sound barreling around them on the empty street.

“Well.” He buried his hands deeper into his jacket pockets. “I can see for myself you’re fine. You’ve had a full day, so I’ll let you get on home. Thanks again for the great lesson this morning. And for keeping me company while you worked.”

“It was nice to have someone to talk with, so in reality, I should be thanking you. And for seeing that I was safe.”

She wasn’t sure why, but when his cheeks darkened and his chin and gaze dropped down again at her words, she was utterly enchanted.

Without thinking why she shouldn’t, Hope stretched up, intending to kiss his cheek. At the moment right before her lips touched his skin, Tyler lifted his head and turned toward her. The kiss meant for his face landed squarely across his lips instead.

She’d put no heat behind the kiss. After all, it wasn’t as if she were kissing a man she was involved with. No, she’d simply planned it as a sweet way to thank him for being so kind and solicitous toward her, as she would to anyone she considered a friend.

Why, then, didn’t this feel like a chaste kiss between friends?

Why, then, did she feel as if she’d been dropped into a spewing volcano?

And why, then, did the thought of breaking the kiss leave her cold and lonely?

Tyler kept his hands in his pockets, never moving closer, and yet she felt enveloped by him as if he’d wound her into his arms and pulled her against his body. He let out a deep, long breath, the warm air drifting over her face and sending little tingles of…something…straight down her spine. Anticipation? Expectation? Desire? She had no clue, but Hope felt more alive and more aware than she had in years.

A tiny gasp pushed from deep within her when Tyler shifted his head, changing the angle of the kiss.

His lips parted, the taste of hops and barley riding on his breath as she breathed him in. He kept the kiss light, never pushing her into more, giving her all the control of where it went.

Hope had no idea how long they stood there under the bright streetlamp on the empty corner. It could have been a minute. It could have been an hour. The notion briefly blew through her mind that they were out in the open in a town where everyone knew her and liked nothing more to do on long winter nights than gossip. As quick as it came, the knowledge that she didn’t care a whit countered it.

The jarring blare of her cell phone blasted through the silence around them. They both jerked back at the same time.

Read all the books in the series as they become available!