Matt and Chloe are virtually strangers, but the attraction between them is so bright  they light up the night sky! They only kiss twoce in the entire book, but the first one is a doozy. Keep reading and see if you agree. 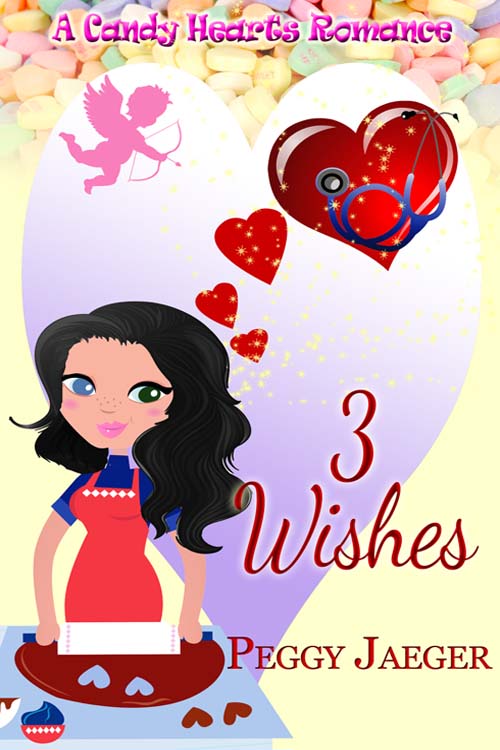 …he was looking at me as if I were the only girl in the world.

I can’t remember who moved first. All I do recall is when his arms came around my waist and he pulled me against his chest—solid as a rock wall—I felt his breath heat my cheeks while his lips trailed a string of kisses down my jaw, finally—finally—ending at my mouth. It felt so completely right to be standing there that way, with him.

I’d been correct when I thought his mouth was made for kissing. It was. Smooth as marble and warm as Mediterranean sunshine, his mouth took possession of mine in a kiss so all-consuming and powerful I wondered how I was able to stand.

And then I realized I wasn’t. He’d lifted me up and I’d wound my legs around his waist, his strong arms and hands supporting my butt. He turned us, and I bumped straight back against the shop door with him holding me, his mouth doing wicked and utterly sinful things to my own. My hands fisted in his hair, which, as promised, felt as plush and luxuriant as it looked.

I couldn’t believe I was standing—well, being held up, really—in my shop with what amounted to a total stranger, practically having sex against my door.

This wasn’t the Angelina Chloe Gabriella San Valentino anyone knew.

Even I didn’t recognize myself.

His hips ground against me while he tightened his hold. The next thing I knew, my butt was lowered. I’d gone from being plastered against the door to sitting on top of the profiteroles glass display cabinet. He pulled back and cupped my chin with the palms of his hands.

“Chloe.” His breath danced across my lips when he said my name, his mouth a mere whisper from mine. I breathed him in, my heart pounding against my chest, my lungs filling with him, with his essence. One blue eye, one green, gazed at me, their colors heated with desire and something much more. Something I never thought I’d see reflected back at me from any man: pure, raw desire mixed with such a well of emotion it blindsided me.

Is it possible to fall in love in an instant? I don’t really know. But if it is, then this was it for me. Don’t ask me why or how, but I knew straight down to my core Dr. M. D’Amore was the man I wanted to spend the rest of my life with. I didn’t even know his first name, but I actually envisioned what our children would look like. Tall and lithe like their father, not short with a tendency to chubbiness like me. They’d either have blue eyes or green, but not both like their parents, and they’d all be cherub-faced bambini, complete with Botticelli curls in their hair and smiling, winking dimples on their faces.

He kissed me again, slow and unhurried, taking his time and driving me insane. He cupped my cheeks, his thumbs drawing small, nerve-tingling circles down my jaw, as his tongue mated with mine. Call it crazy, but I felt as if I’d always known his kiss, known it as surely as I knew my own name. The familiarity of his deep, sensual taste bounded through my brain, and I realized no candy I’d made had ever tasted as good as he did.

My legs tightened around his waist, my ankles crossing at his back. He slipped his hands from my face, down my torso and settled my butt in his palms, sliding me closer, closer to him, until I knew he could feel how wet I was through our clothes.

Just as the thought occurred to me of what would happen if I slipped my hand down between our bodies to grab him through his jeans, my store phone blared, shattering the silence. It was attached to my apartment landline so I’d be able to hear it wherever I was in the building.

Coming from a long line of drama-afflicted Italians, I knew no phone call after midnight ever brought good news with it.

With what I can only describe as sheer torture, I yanked my lips from his, pushed against his hard chest, and shimmied off the table, out of his arms. His brows pulled in tight toward the center of his forehead, confusion shooting across his eyes.

Intrigued? Here’s where you can get your own ecopy:

Valentine’s Day is chocolatier Chloe San Valentino’s favorite day of the year. Not only is it the busiest day in her candy shop, Caramelle de Chloe, but it’s also her birthday. Chloe’s got a birthday wish list for the perfect man she pulls out every year: he’d fall in love with her in a heartbeat, he’d be someone who cares about people, and he’d have one blue eye and one green eye, just like her. So far, Chloe’s fantasy man hasn’t materialized, despite the matchmaking efforts of her big, close-knit Italian family. But this year for her big 3-0 birthday, she just might get her three wishes.