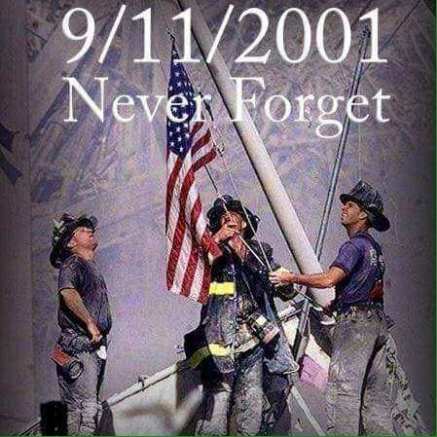 19 years ago on this date – 9.11.2001 – I was at work listening to the radio in my office, which I did between patients just to clear my head and enjoy some tunes, when the broadcast was interrupted with the news a plane had flown into Tower 1 of the World Trade center.

First reaction? Oh, those poor people, the pilot must have had a heart attack or the plane malfunctioned.

When Tower II was hit at 9:03, my first thought before I knew anything else was, “We’re at war.”

And I’m not kidding…not even a little.

When the news of the attack on the Pentagon made the airwaves and then the plane crash in Pennsylvania, I went numb.

The media was on full alert, the President was whisked away to a hiding place and the citizens of this country got their first take of international terrorism here, on home ground.

When the Towers fell in a cloud of twisted metal and melting steel, my heart broke into tiny pieces. I’d had my 21st birthday party/dinner at Windows on the World. Now I have only my memories of the restaurant and photographs of the Towers.

I  vividly remember picking my daughter up from school the afternoon of 9.11. The teachers hadn’t told the kids anything about the attacks, leaving that to the discretion of the parents. This was the era before cell phones became an appendage for every kid in the world and access to  the immediate news of the moment was delayed. To this day I’m thankful they kept the kids naive for a few more hours of their childhood, because from that day on, their world was never the same and they were forced to learn what true hatred was.

I’m one of the lucky New York natives who can say I didn’t lose anyone that day to the attacks. But many of my old friends, my in-laws and even my husband, all knew at least someone whose life was cut short by the terror unleashed on that clear, bright, September morning.

The world turned upside down that day and, I feel, never fully righted itself again.

Today, 19 years later, our country is still waging war against terror – both globally and on home turf. Terrorists may not use planes now as weapons of mass destruction to fuel their hatred of this country and her people, but they still exist, they still plan to destroy us and our way of life, and we still need to be vigilant.

The Trade Center Towers have been replaced by the Freedom Tower, a tribute to the city that lost its heart that day and the people who lost their lives.

One thing I  never allow myself to forget, never let slip from my mind, is the idea that Freedom isn’t Free. Our founding fathers fought for this nation to be free of a crazy ruler’s restraints. Through every World War we’ve fought fascists, nazis, and dictators to remain free. And we still fight for the right to be free to this day, whether it’s with boots on the ground or over the cyberweb.

I had hopes that by this time in our lives, 9.11.2001 would be a  tortured memory of a sad day where we remembered those who’d died, and paid homage to those who’d kept us safe; memorialized the brave Souls whose lives were taken much too early and mourned with their families on the loss. I had hope we wouldn’t need to be worried about further or future attacks on this nation. I had hope the world would have learned a lesson about the beauty of freedom.

Unfortunately, those hopes won’t draw breath today and for that I am extremely sad.

But, as Lady Liberty continues to hold her lamp up in New York Harbor as a beacon of light and hope and freedom to all,  I am hopeful in 2021, they will… 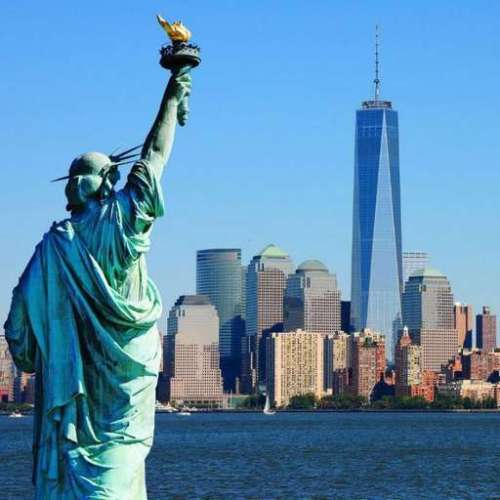 Not like the brazen giant of Greek fame,
With conquering limbs astride from land to land;
Here at our sea-washed, sunset gates shall stand
A mighty woman with a torch, whose flame
Is the imprisoned lightning, and her name
Mother of Exiles. From her beacon-hand
Glows world-wide welcome; her mild eyes command
The air-bridged harbor that twin cities frame.

“Keep, ancient lands, your storied pomp!” cries she
With silent lips. “Give me your tired, your poor,
Your huddled masses yearning to breathe free,
The wretched refuse of your teeming shore.
Send these, the homeless, tempest-tost to me,
I lift my lamp beside the golden door!