Last week I was delighted to attend a day long seminar in Manchester, NH  of the New Hampshire Conference for Women

I’ve wanted to attend for years, but something always came up that was a time suck and I couldn’t. This year, when I heard who the featured speaker was, I pushed everything else on my agenda to the to do pile, because there was no way I was going to miss out on hearing one of my heroes, Jack Canfield, speak.

Jack Canfield is the motivating force behind the SUCCESS PRINCIPLES and the CHICKEN SOUP FOR THE SOUL books that have been in print and production for almost 20 years and show no sign of slowing down anytime in the future. I was a fan with the very first CSFTS book.  I became a devotee when one of my own stories was published in the series.

In 2011  I submitted a piece of non-fiction I’d written after seeing an advertisement in Writer’s Digest for calls to a new  addition to the series, FOR EVERY MOM’S SOUL. There’s not a lot I know about, but I know what it’s like being a mom, so I sat down and wrote a few pages on my reflections of being a mom to a daughter, and an only child. Well, miracles happen every day peeps, because a month later I received a letter from the CSFTS franchise telling me my piece was going to be added into the 2012 edition titled CHICKEN SOUP FOR EVERY MOM’S SOUL. (I’m on page 87)

To say I was excited would be an absolute understatement. It was around this time (2011-12) that I started toying with trying to get my writing career ( such as it was) up and running. I’d had a lot of success with non-ficiton, lifestyle stuff published in magazines, and some real success with fictional short stories in literary  magazines, but I wanted to break into the book reading market.

If you’ve ever read anything of my journey to that first book’s publication in this blog, you know it was a strange, twisted road to publishing success.

I can truly attribute my desire and my knowing I was going to make it someday in the book publishing world to that first publication in the CSFTS book.

So, when I heard Jack Canfield was going to be the speaker, I had to attend. And boy, am I glad I did. I brought my copy of the book I was in with me,  screwed up my courage, and approached him to ask him to autograph the book and tell him what being included in it had done for my career. Someone told me I was so brave to go up to him and ask for his autograph when no one else was around. My thought was this: I wasn’t brave, because I just remembered what I feel like every time someone asks me to autograph one of my books: honored! He was as gracious and open and kind and sweet as could be. He not only signed the book but wrote a lovely message as well.

Two times in my life I have dreamed about meeting the people who influenced my decision to try my hand at writing: Nora Roberts and Jack Canfield. And I’ve now met both of them. 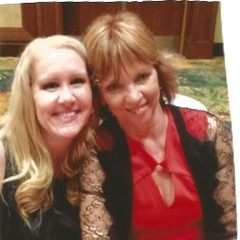