A visit with Kat Doran and Keenan Rossi #CandyHeartsRomances

Today I am pleased to have fellow Candy Hearts author, Veronica Lynch, visiting. She’s brought Keenan Rossi, from For Keeps, with her. (By the way, For Keeps was recently awarded 5th place in the International Digital Awards contest out of Oklahoma Romance Writers. Placing 5th is a huge deal as the number of contest entries went into triple digits.)

Sorry to interrupt your nap, Detective. We’d like to know a bit about For Keeps. Yeah, okay. I’m awake now and don’t mind talking about my Meggie [Meghan Muldoon], how we met and how, through events beyond my control, she decided to ‘keep me’.

What did you think the first time you saw Meg? It was at the beginning of the monthly Crime Stats meeting, where reps from all local law enforcement agencies meet to discuss crime trends and share information on like crimes. This tall, leggy redhead walked in and my tongue hit the floor—along with every other guy’s in the room. Then I dribbled hot coffee down the front of my shirt. Not a pretty picture.

What do you like most about her? She’s not intimidated by men who wield their power with a club—or other body parts located below their belt buckles. I don’t mean that she’s a ball buster, but she knows what she wants, how to get it and isn’t afraid to go for it.

Why do you think that is? She spent a lot of time with the US Air Force’s Office of Special Investigations. Not an easy road for a woman but she held her own among some pretty nasty situations.

How would you describe her? Smart, savvy and compassionate. With legs that go clear to her ear lobes.

How would Meghan describe you? Career-focused, intense, and if things don’t go my way I tend to get grouchy. Truth be told, I haven’t pouted in at least five days.

What made you choose law enforcement for a career? Like Meggie, I spent a few years with the military though I was a lowly MP. After I mustered out of the service, police work seemed like the natural course. I’ve never regretted the choice.

Who is your favorite fictional character and why? My current terrific three are Lucas Davenport and Virgil Flowers, both written by John Sandford, and Walt Longmire, created by Craig Johnson. I like Davenport’s humor and wouldn’t mind having some of his money [he’s the richest cop in Minnesota]. I envy Virgil’s easy manner with women. And I appreciate Walt’s commitment to the community. Wish he’d find a woman though. Bad thing when a man spends his golden years alone because he’s too damn stubborn to do something about it.

Last question, Keenan: when you want to romance Meg, what do you do? That’s an easy one: I turn on “Heavenly”, her favorite Johnny Mathis CD, pour her a big glass of Merlot and drop a couple dozen yellow roses in her lap. Watch out.

What a softy. Anything else you’d care to add for our visitors? The powers that be at Wild Rose Press tell me For Keeps is on sale, 40% off, at the TWRP bookstore from now through Valentine’s Day. Be there, folks. This one’s got a pisser of an ending. Heh heh.

Now, we have a few questions for Veronica. What movies or books have had an impact on your career as a writer? As a teenager I read Mila 18 by Leon Uris and was so touched, I checked Exodus out of the school library. In my adult years, Mr. Uris continued to affect me with QB VII, Trinity and Redemption. They knocked my socks off.

As for movies, I have an eclectic list: Miracle; Steel Magnolias; The Official Story [this is about the consequences of Argentina’s Dirty War]; Defiance; The Stoning of Soraya M; Major League and Veronica Guerin. More recently, last year’s Oscar winner, Spotlight, kept me riveted.

What event in your private life were you able to bring to this story and how do you feel it impacted the story? For more years than I can count I was closely involved with our local rape advocacy program. Forming effective, positive working relationships with police officers was often like patrolling the DMZ, watching my back and keeping an eye out for land mines. It was. . . the best of times—but for many reasons, not the most healthy for me personally. The phone call between Keenan and Meg early on in the story really happened, minus the sexual innuendos. I still get a smile on my face when I think about the cop who scared himself.

Tell us a bit about your publisher. I have been associated with The Wild Rose Press almost since its inception. I was previously published by Wings Press. After I saw the way editors at TWRP operate, I obtained the rights to the books I had with Wings and brought them over to TWRP. I’ve never regretted the move. I have a great editor, Nicole D’Arienzo, who knows the ins and outs of good editing. I appreciate her insight and ideas for making my writing stronger.

What project[s] are you working on now? Writing as Kat Henry Doran, I was honored to be part of the Maine Romance Writers anthology, Welcome to Serenity Harbor with my romantic novella It Had To Be You. I hope to be involved with the second edition. The first line is already committed to paper: “I’m pregnant.”

What are you reading right now? Bellevue: Three Centuries of Medicine n Mayhem at America’s Most Storied Hospital by David Oshinsky. It’s fascinating.

What’s up next for you? Writing as Kat Henry Doran, I’m working with six indie authors on an anthology of stories set in and around a resort-casino in the Buffalo/Niagara Falls New York area. This is going to be a lot of fun to pull off. 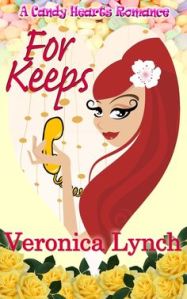 Meghan Muldoon is at a cross-roads in her life: struggling to balance the demands of a high stress vocation as an advocate for victims of violence with her feelings for Keenan Rossi, a man who wants to make their relationship permanent.

On Valentine’s Day, a series of routine crises force Meg to question staying in a profession which fulfills her both professionally and spiritually—or devoting the rest of her life to the one person who completes her.

Which one is For Keeps?

“Crime Victim Services. How may I help you?”

The caller’s voice was low, husky, and exquisitely male. “Do you know the difference between a barracuda and a victim advocate?”

“Aren’t we all. How you doin’ on this gorgeous February day, gorgeous?”

Bringing his handsome face to mind took no great effort. They had worked together for more years than either cared to count. When the relationship progressed beyond professional Meg felt they should keep things under the radar. At first Keenan agreed, claiming he wasn’t in the mood tor any crap from his peers about exploring his feminine side. But after a while he began to push for something more permanent. And she wasn’t so sure she was ready for that, especially marriage. Meg liked being able to come and go as she pleased, responsible only to herself, and for herself.

Even though she heard the tease in his voice now, she was still smarting from last night so proceeded with caution. “Not too bad. How’s by you?”

“Lemme tell you, cara. If I was any better, I’d scare myself.”

To learn more about Veronica Lynch and Kat Henry Doran and the stories they create, go to: 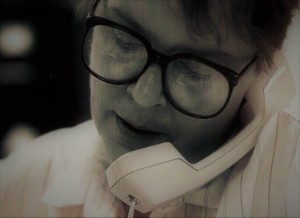 To purchase For Keeps, [on sale] go to: