I wasn’t relegated to sweeping, dusting, cooking, and being a house-maid, and I didn’t have a magical fairy godmother (just a wonderful editor-godmom), but my road to publication started with a contest and ended with a contract.

In the end of 2014 I entered the first romance writing contest of my life. I’d written my first romance novel and wanted to see if it had any chance of being published traditionally. I loved the book but I wasn’t sure anyone else would and I entered the contest, basically, for feedback. The contest called for the first three chapters, so that’s what I sent. And then, I simply forgot about it. I was still working full time, menopause was kicking my chubby tush, and I was uber busy in my personal life.

Four months after entering, I received an email from the contest chairperson telling me I’d won my division. Included in the email were my scores by the various judges and comments they’d made. Once the shock at winning wore off, I read all the comments and felt like I had a shot a getting published. A day later another email arrived from Rhonda Penders, the publisher of the Wild Rose Press. She was the final judge for my entry. She wrote that she’d liked what she’d read and asked if I had a completed manuscript. Boy, did I! Could I send it along to her? Boy, could I! So I did.

Two months after that I received another email from the editor Ms. Penders had assigned the book to, to be read. Condensed version here of the story : they were offering me a contract to publish.

When I scraped myself off the floor and stopped crying, I said YES. And that’s how my first book, SKATER’S WALTZ, came into the book reading world. 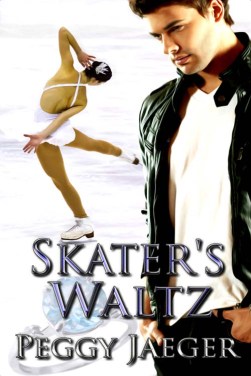 Three years later and I’ve had 11 books published and have just signed 2 contracts for 5 more in the next 2 years.

Since this is a blog hop, hop on over to these other authors to get their  contest experiences.

12 responses to “My Cinderella Story; #MFRWAuthorBlogChallenge”