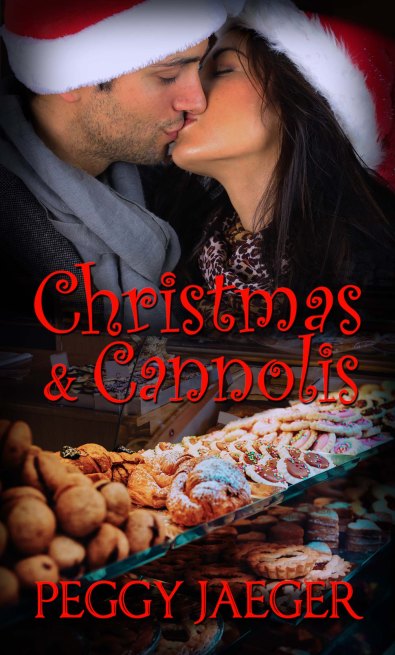 I’m blessed. Truly. In just 2 weeks I’ve got another book release ( and my final for 2018!). CHRISTMAS AND CANNOLIS  basically wrote itself. I typically have a detailed plot outline before I ever write a word in a story. With this book, the characters propelled me forward with just the bare bones of a plan. Regina and Connor’s story spilled out of me in under 2 weeks because they wanted their love story told.

Here’s a little of Regina’s backstory…

When I was a teenager, I used to think the reason I sat dateless on most Friday and Saturday nights when all my friends were out with hot guys was because I was physically repugnant. When I looked in the mirror I couldn’t figure out back then what was so off putting about me. I was curvy, sure, but my brothers assured me guys liked curves on a woman. I wore my waist- length hair parted in the middle and straight down my back after spending hours working on it with a flattening iron. My face was a solid testament to my ancestry with jet-black eyebrows arched above coal-colored eyes. My cheekbones, though, were high, and my mouth, my cousin Gia assured me, was sultry and sexy.

It wasn’t until I was a senior in high school that I came to realize the reason boys weren’t knocking each other over on their way to dating me was due to my father’s ridiculous reputation. No one wanted to be the guy who dated Sonny San Valentino’s only daughter. The odds of something happening to the guy should he cause me any emotional harm were thought to be great, and most boys my age valued their lives and potential futures.

And I know how dramatic that sounds. My father, despite what people believe, is not a violent man or a criminal in any sense of the word. Sure, he knows some wiseguys with reputations, most of whom he’d grown up with, and does business with a few who have been up the river once or twice…or more, for various and sundry charges, but he’s not the gangster he’s believed to be.

Reputations, though, are like rumors. They spread fast and furious despite any semblance of fact.

One nugget of truth to the entire situation that I did discover though, was that my father had been known to talk at the Marconi club where he was a frequent mahjong player, that no boy was good enough to date his little bellissima figlia, the name he always called me by. He didn’t want me dating and when the time came for me to marry, he would pick out the husband for me. My brother GianCarlo heard this from a friend of his and he repeated it to his wife Trixie, who then told it to me like any good Italian cognata would.

Needless to say when I found out, Pop’s little bellissima figlia erupted like Mount Vesuvius. I went out and grabbed the first guy I saw, got pregnant within a month, and married a few weeks later by the priest who’d baptized, communed, and confirmed me.

And, obeying my mother’s wishes, wore a virginal white gown that had belonged to her mother.

The one and only timed I’ve ever rebelled in my life, and the ramifications of that single action still haunt me to this day.

Intrigued? Here’s where you can preorder the book, which releases on 12.12.18 just in time for Christmas. ***These are the links for e-copy. Print copies will be released soon.

And don’t forget the other titles I have out this Holiday Season for the romance-reader on your list – or just for yourself!

DEARLY BELOVED ( A MATCH MADE IN HEAVEN, BOOK 1) 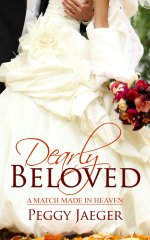 All my titles are available here: Book Links and here