When saying “no” is a good thing…

Just as an aside, I am a member of an on-line chapter in my RWA organization, the Contemporary Romance Writers. Since this is what I write, it makes sense I’m a member, no? Hee hee.

CRWA has a blog that many of the members contribute to, including myself,  and the other day a new post was presented that I swear on everything that’s holy was written exactly for me. I  know it wasn’t – but it really could have been, because it was posted at a time when I was struggling with whether or not to compromise something I’d written just in order for it to be sold.

This is the post :Its’s Okay to Say No, written by  author Brighton Walsh. The gist of the article is that you should never say a yes when you’re feeling a no to a writing situation. As an author – and still one who is relatively unknown – this hit home for me. Hard.

Let me e’splain it Lucy…. 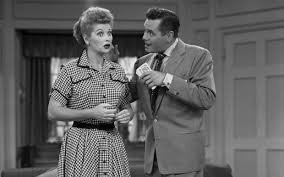 I received a phone call – yes, really A phone call, not an email!!! from someone in the publishing industry the other day to whom I’d cold-sent a new manuscript proposal. (Cold sent  is what over the transom means nowadays. It’s basically an unsolicited email about a manuscript). This person called me and was utterly professional, very forthcoming and sincere, and really, really lovely and nice as he/she went about telling me everything that was wrong with my proposal and how I had to change it to make it something he/she could even consider worthwhile to try and sell. Everything from my character names, to their professions, even the plot arc of the book series was “weak” and cliched and needed to be tightened up. I was told that if I wanted to make all those changes  and did – I could feel free to send along the new proposal and manuscript for re-review.

So here are the emotions that went barreling through me at that call: ( in order of their appearance!)

When the call ended I seriously don’t think I took a breath for a few moments.

Here’s the thing: I lovelovelove the story I wrote. truly. It’s got one of my favorite heroine/hero couples that I’ve ever written and every point in the story from their careers to the story arc is exactly how I wanted their story to unfold.

But this in-the-know person in the industry was saying if I made these changes the book might have a chance of being sold to a publisher.

I seriously gave myself a stomach and headache that afternoon from all the angst ripping through me.

And then I saw the new CRWA blog post.

After reading it, it was as if the sky had opened up and was shining after a downpour had moved through and darkened it. A little dramatic, but true. I was able to breathe again. My headache disappeared and my stomach pains went the way of the dinosaur. My decision has been made and I think you can guess what it was.

I’ve been talking a great deal about angels lately and how I think they are surrounding me and sending me messages almost daily. I truly believe that blog post was something I was meant to read and learn from. And, just BTW, it’s a really good blog post! You should read it because it can be interpreted for way more things than just writing.

The power of saying No to something that just doesn’t feel right deep down in  your soul, is an amazing sensation.  As women we need to learn to do that more often, especially if saying yes means we have to compromise our integrity. As writers, new and even established, no is a word that doesn’t get said enough.

If my story never gets sold commercially, that will be okay with me, because with all the options of self publishing available these days, I know I could release it on my own.

2 responses to “When saying “no” is a good thing…”