Happy Wednesday, all. Today’s Long and Short Reviews blogging challenge is one I can get behind: Best book/movie/TVcouples.

I’ve got one of each! hee hee

BEST BOOK COUPLE:
Hands down ( for me) it’s Eve Dallas and Roarke from the IN DEATH Series by JD Robb ( Nora Robert’s doppelganger). Both are in their 30’s and have had horrible, dark pasts. Once they find each other in the first In Death book, neither ever looks away. Their heat level together is off the charts, but though the sex is great between them, what I love more than anything is the way Roarke cares for Eve. He makes sure she eats when the responsibilities of her job make her forget to. He makes sure she sleeps and when nightmares attack her he’s right there to hold her through them. He helps her when she needs help whether she asks for it or not, and he truly is a touchstone in her life. I could read about these two and their escapades for the rest of my life! 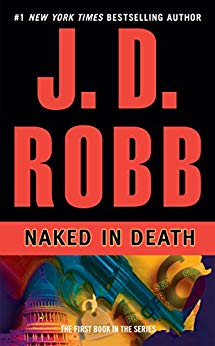 Now, realize  when I tell you who I think make the best TV couple that I am not 20. Not even 40 or 50. My favorite TV couple of all time is Lucy and Rick Ricardo. Why? Again, I go with the love first. Despite being a ditzy, non-thinking, always up for anything wife who gets into trouble more than she is out of it, Ricky LOVES Lucy with all his heart. That love shows in every single episode of their groundbreaking television show. Real life couldn’t compete with tvlife, though, and these two divorced. But by all accounts they loved one another until the day they died. 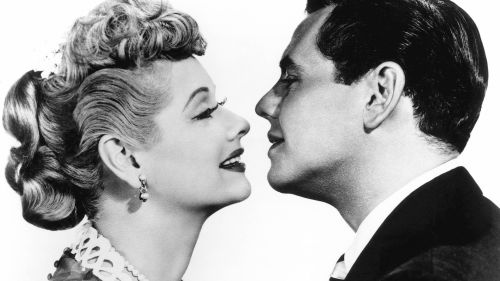 Again, not 20, 40 or even 50, kids! My favorite movie couple of all time is Cary Grant and Katherine Hepburn in every single movie they did together in the 1930’s and 40’s when romcoms were king and movie stars really were stars and not celebrities! From Bringing up Baby to the Philadelphia Story ( a personal fav) these two epitomized the zany, wacky, and convoluted scenarios they where thrown into on screen. Laugh out loud funny, wildly chic, and always heartwarming, these two could do no wrong on the big screen.

Let’s see what some of the other authors in this challenge have to say. L&SR

And because self promotion is king of the hill in publishing nowadays, don’t forget I’ve got two new books out, one of them the first in a new series.

TODAY, TOMORROW, ALWAYS ( A Match Made in Heaven, bk 2) 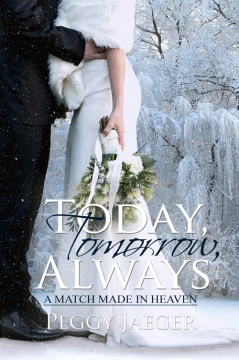 Lawyer Cathleen O’Dowd wants to break free from her boring image. Widowed young, she’s toed the good-girl line but now wants a little fun and laughter in her days…and nights. Living in a small town, though, she can’t do anything that would tarnish her professional reputation. Mac Frayne’s tragic past has turned him into a sullen loner. In town to write a book on the city’s founder, his plan is to get it done, then head home to his solitary existence. When circumstances force them to work together, their opposing personalities clash, but the sexual attraction between them is palpable. Can a simple affair with an end date be just the thing to brighten up their lives?

and A PRIDE OF BROTHERS: RICK

Elite bodyguard and P.I. Rick Bannerman’s job is to protect. He doesn’t get emotional with his clients, but when a woman from his past is threatened, his next job becomes personal.
Family lawyer Abigail Laine is the target of a client’s vengeful husband, but refuses Rick’s offer of protection. He walked away from her four years ago, and she swore to forget him.
Now her reluctance to accept his help could cost Abby her life.

Until next Wednesday, peeps ~ Peg