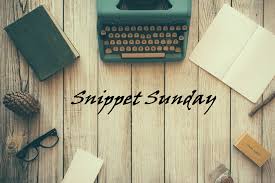 Today’s little gem comes from my Deerbourne Inn Novella HOPE’S DREAM which has just become available in PRINT form for the very first time. In this tiny snippet, Tyler Coleman realizes his plan to get Hope to sign a legal document is messing with the emotions he’s developing for her.

As he started back toward the inn, his hands secured in his pockets against the night chill and his neck burrowed under his scarf, he realized he needed to tell her who he was before this went any further. He should have done it tonight, as he’d originally planned. Why he hadn’t was as clear to him as the night sky above: he was frightened once she knew the truth she’d want nothing to do with him.

Could he blame her? While he hadn’t outright lied, he hadn’t told her the truth, either.

Which was worse? An intentional fabrication or a lie of omission? Both felt equally wrong right now.

Disappointment had clouded her face when he’d broken their kiss. She felt something for him. That look proved it. He could only hope once she knew who he really was and why he was in her home town, she’d be able to forgive his subterfuge.

And, if you like to listen, Hope’s Dream is also available at Audible, here: Audible

Until next time ~Peg