I think I’ve mentioned before that I don’t listen to music when I write or make a playlist for my books because I have distraction syndrome. Now before you all start running and Googling that, it’s not a real thing. It’s just what happens to me when I hear music. I stop what I’m doing and get totally into the beat, the lyrics, and I channel my inner rock diva and forget what I’m  supposed to be concentrating on. I don’t listen to the radio when I drive anymore because that Carpool Karaoke thing? Yeah. It’s a  real thing. James Cordon can do it because he’s not really driving, he’s being hauled by a starter car. If I drive and carpool karaoke myself into a stupor, hands waving, eyes closed in music ecstasy,  accidents will abound, fenders will bend, and dashboards will be destroyed.

The one time of the year I allow my self to be distracted is at Christmas. I love me a holiday song be it an old standard, a Holy Christmas carol or a modern pop favorite. I’ve weeded my top songs for Holiday listening down to five and thought I’d share them with you today.

In no particular order, here they are: (click on the titles to view and hear them)

Have a Cool Yule – Bette Midler

All I want for Christmas — Mariah Carey

So….listen and relax this holiday season. Music soothes the soul, warms the heart, and can inspire us all with its beauty and truth. Take a little time for yourself to unwind, kick back, and….listen.

I don’t do reflections. Not normally, anyway.

I’m the person who could care less about my Ancestry.com findings; the one who doesn’t subscribe to Classmates.com even when they email me that “someone wants to reconnect with you.” If I wanted to stay in touch with the people I went to High School with ( the admittedly WORST 4 years of my life) I would have done so without the help of Facebook or any other nosy Internet company. I don’t like looking at old yearbooks ( especially my own) and I never watch Oprah’s Where Are They Now series.

I’m just not into all that. I’m the type of person who likes to look FORWARD, not reminisce on the past. If you need a reason why I’m so bitchy about this, just look at 2016 for an answer and a little insight into why I feel this way.

Because of INSANE HATRED we lost 49 LOVED and CHERISHED Mothers, Brothers, Sisters, Aunts, Uncles and Fathers in a horrific nightclub shooting in Orlando, Florida

We suffered through terror bombings in Brussels, Nice, Turkey, Korea, Germany. Political scandals in almost every country.  Olympic scandals from athletes doping to one American swimmer acting like a dope!

We watched on the news the attempted annihilation of an entire country and people in Aleppo. 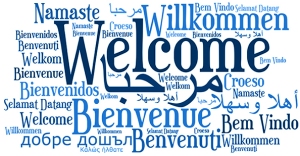