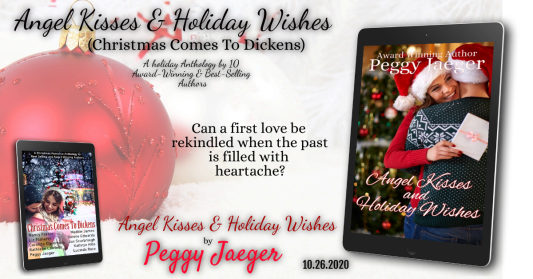 So excited that one of my sweet holiday romance stories in included in the brand new CHRISTMAS COMES TO DICKENS holiday Romance anthology. 10 Award winning and Best Selling authors have collaborated to bring you 10 wonderful Holiday stories all taking place in the little New England town of Dickens. Today’s snippet is from my story ANGEL KISSES AND HOLIDAY WISHES. 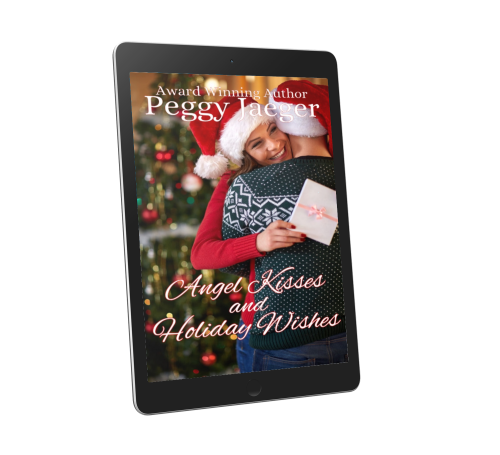 Can a first love be rekindled when the past is filled with heartache?

After a personal tragedy, Sage Hamilton left the town she’d grown up in and boy she’d given her heart to. With a vow never to return, Sage forged on with her life in order to forget the sadness of her past.

Keith Mills loved Sage from the first moment he spotted her ambling down the hallway of their middle school. And she’d felt the same about him. Or so he’d thought until she’d walked away from everything they’d meant to one another with a tearful and rushed goodbye.

But now, eighteen years later, she’s back and, as the town’s new doctor, it looks like she’s staying. Can Keith put the hurt of Sage’s dismissal to bed for good? And will she want to rekindle the love that had burnt so bright all those years ago?

Brianna had rearranged Sage’s afternoon schedule in order to deal with Corrine Mills’ emergency. One of the best parts of coming back home had been reconnecting with Corinne. Since the passing of her own grandmother and mother, Sage had missed the wisdom and counseling of the women who’d helped mold her into the person she was today. Corrine Mills, with her ready shoulder to lean on and ears meant for listening, had been the perfect person for Sage to reconnect with.

Of course, hearing all Corrine’s accolades about the man Sage had once loved was a bit…unsettling. But she’d put on a happy face and let the old woman brag to her heart’s content.

He’d also been the first man her heart had broken over.

Oh, well. All that’s in the past. He probably hasn’t even thought about me since I left town.

When she signed off on her last chart, the beeper attached to her lab coat vibrated.

Dragging in a calming breath, Sage mentally prepared herself to see the man she’d left standing in angry and emotional tatters eighteen years ago.

She heard him before she ever laid eyes on him.

“Where’s my grandmother’s doctor?” he bellowed from the nurse’s station. “Get him up here right now.”

Sage stopped as she turned the hallway corner and spotted Keith.

He was impossible to miss.

From his impressive and imposing six-foot-three height he towered above the diminutive nurse as he stood, arms akimbo, glaring down his nose at her.

An annoyed scowl twisted his mouth, but the memory of how seductive and alluring those full lips could be when pulled into a wicked grin burned bright in her mind.

“Where’s Doc Martin? He’s been my grandmother’s physician for decades. Who is this Hamilton person?”

No amount of preparation could have prevented the full effect of Keith Mills’ gaze from shooting through Sage when he turned to her.

As a teenager he’d been all gangly arms and monkey hands, bony shoulders and narrow hips. His face had yet to fill out, but even back then his features hinted at a classic, movie star handsomeness to come.

As a man now, he’d outgrown the teen gauntness and his body had settled into perfect male proportions. Those bony shoulders spanned a yard and dropped into arms bulging underneath a fitted shirt. That hint of good looks had blossomed into a face sculpted by the gods of gorgeous. Cheekbones cut from glass sat over a square and powerful jaw. All in all, he’d grown into one magnificent man.

Whatever he’d been about to say died before he gave it a voice. In the span of a heartbeat his expression went from annoyed to confused, his eyes widening, then the corners pulling into a squint, his lips lifting from their frown to form a wide O of surprise.

“Sage?” Incredulity graced his voice – a man’s voice. Rich and deep; hard and commanding. A shiver of intense and unexpected longing zipped down her spine at the timbre.

She swallowed and beat back the panicked nerves tumbling through her system. “It’s been a long time.” She walked toward the nurse’s station, her gaze steadier than her trembling hands.

Indecision blasted through her the nearer she came. Be professional and shake his hand, or hug him like a long lost friend?

“What are you doing here?”

The irritation behind his question decided her response. She clasped her quivering hands in front of her and said, “You wanted to speak to me about your grandmother. Why don’t we go down to the cafeteria to talk? Corrine’s still in surgery and it’s going to be a bit before you can see her.”

Slipping her hands into her lab coat pockets, she tilted her head, indicating for him to follow as she began walking toward the elevator bank.

She stopped, mid stride, and turned back around.

“I don’t understand.” He shook his head, his eyebrows lifting to his hairline. “You’re my grandmother’s physician? You’re…Dr. Hamilton?”

Intrigued? You can preorder your copy for only 99cents here: CC2D

And because the Holiday season is meant for baking and making cookies, the authors in the anthology have also put together a companion cookie recipe book that’s FREE for you – JUST WAIT UNTIL 10.8.2020 to get it!!!!!! Download your copy herenafter 10.8.2020 :CC2dCookieCompanion 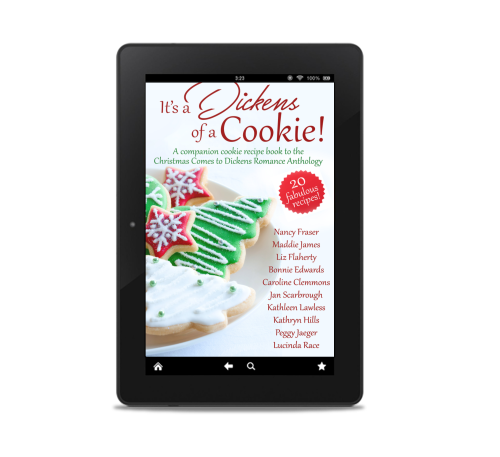 And follow the CHRISTMAS COME TO DICKENS authors on our Facebook page for updates,  previews, and spotlights of the authors and stories: 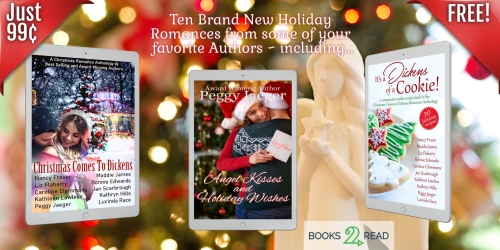