Today’s tease is in honor of brothers. I don’t have any but if I did I’d want them to be like the 4 Keane men in Brothers, Inc.

So, for your reading and teasing pleasure, here’s a little something from A PRIDE OF BROTHERS: AIDEN ( release date sometime in 2021). Aiden has just arrived home from a two month assignment out of town and his older brother Dylan is picking him up at the airport.

At the bottom of the escalator he spotted his older brother, Dylan, waiting and holding a sign reading, Welcome Home, Brain.

Dylan tossed him the cocky, shit-eating smirk he reserved for his baby brother. The one that, when he’d been a scrawny, shy, sickly kid, filled Aiden with insecurity. Not any longer. Now that he matched his brothers for height and strength, Aiden’s insecurity was a thing of the past.

“Hey, baby bro,” Dylan said, tugging his brother close and banging him on the back a few times.

“Yeah, but ya love me anyway.”

Aiden shook his head, while his brother tossed an arm over his shoulder and tugged him along.

“Car’s right outside. And I brought a little lady along with me.”

His mood lifted considerably. “You been taking good care of her for me? I better not find out she gained ten pounds and got lazy from laying around all day.”

“Cool your jets. She’s as fit as always. But I think she’s forgotten all about you. Absence doesn’t always make the heart grow fonder and she now knows, firsthand, I’m the better brother in every way. She’s grown quite used to being with me.”

He’d parked the Jeep outside the loading zone barrier, it’s flashers on, the motor running.

“As least you kept the air conditioning on,” Aiden said when he spotted the vehicle.

The moment he opened the passenger back door he was set upon by one hundred and twenty pounds of pure muscle and love.

Laughing, Aiden allowed himself to be licked and pawed, while he rubbed and loved on the dog that meant more to him than most people he knew.

“I missed you, too, girl. Did Uncle Dylan take good care of you?”

The dog answered by jumping and placing her paws on his shoulders, her tail swishing like a windshield wiper, and gracing his face with another slobbery lick.

“Dog’s more spoiled than you were as a kid,” Dylan said as he slid into the driver’s seat. “Come on. I don’t want to get ticketed.”

Once the brothers and the excited chocolate Labrador were settled in, Dylan pulled out into traffic.

“She give you any trouble?” Aiden asked as he continued to rub the dog’s neck where she peeked in between the front seats.

“Not an ounce. I don’t think she even barked once while you were gone.” He glanced at his younger brother, a sly grin gracing his face. “I never knew a dog was such a babe magnet. Whenever I took her for a run in the park, chicks flocked around her, and by extension, me. I got more numbers shoot my way than I could deal with.”

Aiden frowned at him. “I don’t like the idea of you using my dog to score with women.”

“I didn’t use Bronte for anything unseemly, but I couldn’t help how many women thought she was quote, the most beautiful dog they’d ever seen, unquote, and just had to pet her and ask me all about her.”

“I’m gonna bet you sang your own praises more than my dog’s.”

“I’m not taking any part of that bet.” Dylan’s smug grin pulled a headshake and a wry smile from him.

Intrigued? I certainly hope so. heehee

I read my favorite books more than once – and author Kari Lemor’s books are some I’ve read even more than that! She’s re-releasing her  LOVE ON THE LINE series in 2021 with new covers and added material.  3 new books  are in the collection ( later in the year) and today, the first in the series – WILD CARD UNDERCOVER – comes out. Read all about it:

Some gambles are worth the risk . . .

Trapped in the nightmare of Miami’s illicit underworld, Meg O’Hara has no choice but work for a high-stakes criminal to repay a debt. Freedom is a pipe dream, until FBI agent Christopher Shaunessy offers her a way out. It won’t be easy, especially playing the role of lover to the charismatic agent. Getting the goods on her boss could mean her life, a risk she’ll take to be rid of the rat’s vulgar advances.

Chris Shaunessy doesn’t break rules, but working with Meg is pushing even his well-honed control to the limit. Personal involvement should never mix in the sordid world of organized crime. They’re playing a perilous game. Giving into temptation could be his biggest mistake because the kisses they share might be more dangerous than the case…

– RT Book Reviews says: “Wild Card Undercover will capture your heart with its humor and witty characters. A knight in shining armor rescuing a damsel in distress while infiltrating the mob is no small task. Kudos to Lemor who has gracefully mixed a femme fatale with a dash of The Godfather and tossed it together with romance and laughter.”

“Intriguing and dangerous- when it comes to the take down- Kari Lemor kept the pace fast and heart wrenching. Sweet and laced with sexy banter- the entire story was emotional and Chris and Meg were a dynamic couple.”

“The story was suspenseful and fast paced, and the chemistry between the characters was sizzling.”

She finished chewing the piece of cantaloupe she’d been devouring and said, “Juice would be great. Thanks. I didn’t mean to sleep so late, but the bed was amazingly comfortable. I don’t think you’re ever going to be able to get me out of here now.”

He poured juice into a glass and sat opposite her. “Glad you enjoyed it. Not everyone sleeps well in a new bed. Obviously, it didn’t affect you.”

She looked up, sheepish, taking a big bite of the cinnamon muffin in her hand. “I’m so tired after work, I could probably sleep on the side of the road.”

“I wouldn’t suggest trying that around here. You’re more than welcome to keep using the bed.”

As she grabbed a juicy, red strawberry, she rolled her eyes. When was the last time she’d eaten? He’d have to make sure to get some good food in here for her. She needed to be full strength. Hopefully, she liked home cooking, since room service hadn’t been part of the deal with the hotel.

He was sure she was a strong one, considering what she’d been through the last year or so. She’d have to be to continue day after day on her feet, then go home to that shithole of a room. Her determination in keeping her family safe was admirable.

“So, what are the plans for today?” she asked as she shoved the rest of the muffin into her mouth.

He faked a pensive look. “Well, I was thinking I’d hang out by the pool and work on my tan.”

He laughed at her exasperated glare. “It’s all part of the undercover assignment, sweetie. You can’t go running around sticking your nose in people’s business. You have to ease yourself in, slowly, so they don’t suspect anything.”

He threw her a crooked smile. “All part of the undercover assignment, sweetie.”

She groaned. “Do I have to call you some stupid, sappy nickname, too?”

“Only if you want to. You could make it something to show what you think of me. You know, like Stud, Hotcakes, or how about Big Daddy?”

She looked like she didn’t know whether to laugh or throw up at his suggestions.

“I know.” Her eyes gleamed. “How about Cuddlebunny?”

Was she serious? “Nah, Chris is fine.”

“Chris Martin, though, right? Shaunessy is your real name?”

“It’s actually Christopher Martin Shaunessy. It’s easier to keep things simple when undercover if you can.”

“I picked Katie for a similar reason. One of my brothers calls me Maggie Kate, and I figured I would respond to it. Harrington, O’Hara, close enough. It’s worked for me so far.”

“It’ll continue to work, until we can put Moreno behind bars

Get your copy, and Read the first chapters on many of these sites:

I am currently editing the final galley copy of the above book for Wild Rose Press. It’s the first in a three book series called A PRIDE OF BROTHERS. For those of you who read my WILL COOK FOR LOVE SERIES, this is the story of Abigail Laine and Rick Bannerman. These two are both alphas and boy do they annoy each other. And by annoy I mean – YOWZA! 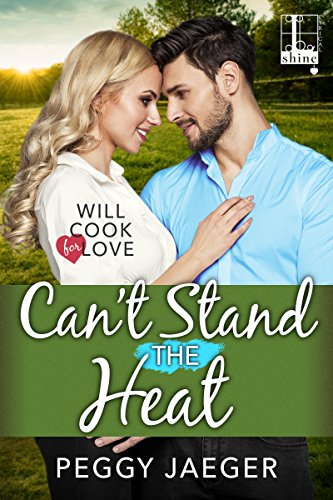 As soon as I have a release date and a cover, you’ll see it. Promise!

Until then, only 6 more sleeps until IT’S A TRUST THING releases exclusively in Kindle and KU. Have you reordered your copy yet???

Nell Newbery has trust issues. It’s hard to trust when you’re the daughter of a fallen financial scion who bilked people out of billions. Nell’s done everything in her power to keep away from men who see her as their ticket to fortune and fame. All she wants to do is run her ultra-successful business, HELPFUL HUNKS, in peace.
But it wouldn’t hurt to find a guy who doesn’t know a thing about her father’s felonious past; one she can give her heart to and trust it won’t come back to her battered, bruised, and broken.
Is Charlie Churchill that guy? On the surface he seems perfect, all polished manners and quiet mirth. Nell’s convinced he knows nothing about her, other than she likes superhero movies and views junk food as a food group.
Can she trust him to be what he appears to be? Or is he just pretending?
For Nell, trust is everything in life…and in love.