I am currently editing the final galley copy of the above book for Wild Rose Press. It’s the first in a three book series called A PRIDE OF BROTHERS. For those of you who read my WILL COOK FOR LOVE SERIES, this is the story of Abigail Laine and Rick Bannerman. These two are both alphas and boy do they annoy each other. And by annoy I mean – YOWZA! 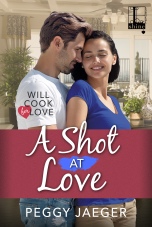 As soon as I have a release date and a cover, you’ll see it. Promise!

Until then, only 6 more sleeps until IT’S A TRUST THING releases exclusively in Kindle and KU. Have you reordered your copy yet???

Nell Newbery has trust issues. It’s hard to trust when you’re the daughter of a fallen financial scion who bilked people out of billions. Nell’s done everything in her power to keep away from men who see her as their ticket to fortune and fame. All she wants to do is run her ultra-successful business, HELPFUL HUNKS, in peace.
But it wouldn’t hurt to find a guy who doesn’t know a thing about her father’s felonious past; one she can give her heart to and trust it won’t come back to her battered, bruised, and broken.
Is Charlie Churchill that guy? On the surface he seems perfect, all polished manners and quiet mirth. Nell’s convinced he knows nothing about her, other than she likes superhero movies and views junk food as a food group.
Can she trust him to be what he appears to be? Or is he just pretending?
For Nell, trust is everything in life…and in love.

Special Agent Kyros Pappandreos scanned the midtown Manhattan street in front of him and swore. “I want to see the cops who were first on scene right now,” he demanded of the uniformed NYPD officer next to him. 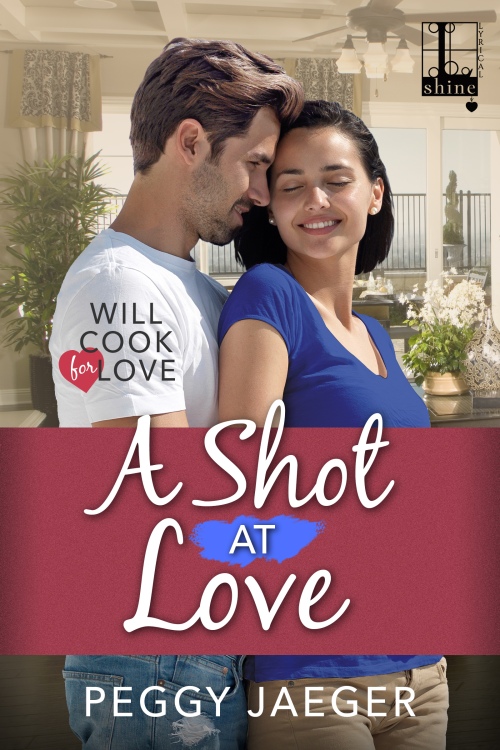 Nothing’s impossible when love is on the menu. In Peggy Jaeger’s luscious series, the only thing more tempting than a delicious meal is a truly delectable romance . . .
Look for exclusive recipes in each book!

Photographer Gemma Laine is looking for arresting faces on the streets of Manhattan when her camera captures something shocking—a triple murder. In that moment, she becomes a target for the mob—and a top priority for a very determined, breathtakingly handsome, FBI special agent. With deadlines to meet and photo shoots on her calendar, Gemma chafes at the idea of protection, but every moment she spends under his watchful eye is a temptation to lose herself in his muscular arms . . .

With two of his men and one crucial witness dead, Special Agent Kyros Pappandreos can’t afford to be distracted. But Gemma is dazzling—and her connection to Kandy Laine’s high-profile cooking empire makes her an especially easy mark for some very bad people. Keeping her safe is much more pleasure than business, but as the heat between them starts to sizzle, Ky is set to investigate whether they have a shot at love . . .

Goodreads Reviews for A SHOT AT LOVE

Here’s the link to my TELL ME ABOUT YOUR DAMN BOOK podcast interview, just in case you missed it: TMAYDB

and the link to my recent interview on NewHampshirePublicRadio

Is writing all you do?

Snarky question, right? I was asked this a few weeks ago when I was getting my nails done (yes, I’m spoiled, deal with it.) and a fringe acquaintance who happens to know I’ve had 2 books come out this year already, asked this. I could describe the tone in her voice as snotty or condescending, but it wasn’t. She was truly asking honestly because she couldn’t believe a person could spend hours daily at a laptop, writing. That’s exactly what she told me.

No, I didn’t hit her – wet nails, remember? I dealt with the question and then had a come-to-Jesus-moment when I realized several other people where listening to our conversation. Listening intently, I’ll add. So I didn’t reply in a snarky, rude way to her question. I took the opportunity to lay out my daily writing life.

But it got me to thinking afterward how many non-writing people must think the same way this chick does. I put up a post question on my facebook page asking my writing friends to tell me the nasty, little diggy things people have said to them about being writers over the years. Here are a few of the replies I received: (  my thoughts are in the ( ) )

Here are some I’ve heard from other writers as well:

I never cease to be amazed by what comes out of peoples’ mouths. I’ve said this often in my life but it needs to be repeated: There’s a very thin line between saying something and thinking it. 99% of the stuff I think, I never give a voice to because I know it will either hurt someone’s feelings or be misconstrued. I have enough problems with impulse control issues without adding saying rude and inappropriate things to people who deserve to have rude and inappropriate things said to them into the mix.

So, back to my fingernail fandango. I explained to the woman sitting next to me that I treat my writing as my job. I get up each day just like she does; I get hubby off to work, do laundry, grocery shop, clean the house, pay bills and do a thousand other things before sitting down at my laptop for between 8-10 hours JUST LIKE A JOB I had to leave the house to do. Every two weeks I take a lunch hour break to get my nails done; once a month, an hour to visit my stylist so I can keep my bottle blonde hair coiffed. I told her I pen a blog 3-4 times a week, in addition to doing visit stops at other webpages, do my own marketing and promotion for my books and on any given day have 3-4 books in various rotations of edits, galleys and writing. I am not sitting on the couch in lounging pajamas eating Milano cookies and drinking Pomegranate Cosmos all day long. The television doesn’t go on until after dinner – if at all – and I make it a habit to try and get some sort of exercise 5 times a week. Plus, I cook a full meal from scratch every night for my husband and I. Once in a great while we will go out to eat on a weekend night.

She stared at me, wide eyed and ( thankfully) speechless when I was done. The only sounds you could hear in the room were from the manicurists speaking in Vietnamese. And I sincerely hope they weren’t talking about me. But if they were,  I hope it was in a good way.

BTW my nails looked great when I sauntered out of the salon a half hour later.