The struggle is real…

I know we’ve all heard that saying, and most have us have probably quoted it a time or three. But the underlying meaning is true: I’ve been really struggling for some time and am finally able to give voice to it.

It started last year when I had a bit of mini-breakdown. Several personal things were happening to me all at once and in the span of one week I was responsible for so many things that I simply couldn’t function, so I stopped; functioning. I didn’t talk, I didn’t sleep, I didn’t write. ( I did eat, tho, so once again losing weight wasn’t something I was struggling with – because I wasn’t!! Losing weight, I mean!)

The situations, slowly, resolved, and I thought I was back on top of my game again.

Yeah, not so much as it turns out.

For the past two months I’ve been struggling with wanting to continue on my writing journey. Despite several efforts and the best intentions on my part, I still haven’t been able to find an agent who would want to take me on as a client. You’d think 15 books published traditionally would count for something. Apparently, not.

One of my publishers dropped me, and the editor I thought I had a really good relationship with won’t return my emails. Any of them. I even emailed her assistant who assured me she’d let the editor know I wanted to “speak” to her. Nothing.

I write in such a glutted market – contemporary romance – and trying to garner any kind of attention means I spend hours daily on social media, talking up my books and trying to make connections with readers. It’s exhausting – mentally, physically, spiritually. And let’s not forget financially. All my marketing, despite being traditionally published, is arranged for and paid by me. And as my mother used to tell me, money doesn’t grow on trees. I know that saying is true because I live in the woods and my diminishing funds aren’t being replaced by leaf currency.

The kicker came when the RITA finalists were announced last week. I submitted three books from last year that I wrote, one of which I really thought I had a shot at finaling with because it’s gotten nothing but 5 star reviews – most from people who don’t know me personally, either. Alas, March 21 came and went and I received no phone call.  Now I know what everyone says when you don’t get the call: it doesn’t mean you’re a bad writer or the book wasn’t good. It simply means 5 judges thought other books were better.

Yeah, you know what? That doesn’t make me feel any better.

I’ve always surmised the RITAS were a bit of a popularity contest, and this year I KNOW they are. Combined with the utter lack of diversity in the finalists – an egregious act – and I’m seriously considering whether the award really means anything at all anymore. I read two absolutely wonderful books that featured h/h as people of color (POC). I graded them sososososo high, too. Know what? Neither of them finaled. I rated one truly horrible book ( so many misplaced modifiers, spelling and tense mistakes) low and know what? It finaled. After finding out about how un-diverse the awards are, I stopped feeling sorry for myself about not finaling. Some amazeballs POC writers have never been given the honor of finaling or winner either, so who am I to have a pity party??!!

But as far as entering in the future, I give up. Truly.

I’m trying to chalk up this feeling of inadequacy and apathy to a passing funk, seasonal affect disorder, and not having a  vacation away in years. I’m trying really hard, as it happens.

Maybe I’ll come out of this stronger and more determined than ever.

I didn’t write this as a subtle means of begging for positive reinforcement, or a way of garnering sympathy in the hopes people will buy my books. I may craft for a hobby, but believe me, I’m not crafty that way.

I simply wanted to put my thoughts and feelings down on paper and try and make some sense of why I’m feeling down in the dumps, writing-wise when so many other wonderful things ARE happening for me in my new career. I’ve finaled and even won other contests this year; I’m about to sign with a new publishing company ( more on that later!) and I recently was offered contracts for two books I’ve submitted to my first publisher.

So, life really is good, career-wise for me. I have to chalk this feeling of worthlessness and crabbiness up to winter.

I blame everything else that happens to me on the weather, so why not this, too? heehee

Last month at my NHRWA meeting, one of my uber-talented and wonderful writing chaptermates spoke a phrase I had never heard before:  Imposter Syndrome. She gave me a very good definition of the word, but when I got home I decided to delve a little more into the meaning. Here’s the best explanation I found of it:

“Imposter syndrome can be defined as a collection of feelings of inadequacy that persist despite evident success. ‘Imposters‘ suffer from chronic self-doubt and a sense of intellectual fraudulence that override any feelings of success or external proof of their competence.” ~My 2008 Harvard Business Review

I’m plagued with doubts about my writing Every Single Day of my life. Does that mean I have I.S.?

I worry that my next book will be trash, my editor will have me completely rewrite it, the public will hate it – and me – and I’ll have to go out and get a job cleaning floors at night in office buildings to make ends meet ( not that there’s anything wrong with that!!)  Does that mean I have I.S.?

The moment I read something back I’ve written and think, “this sucks wind so bad, it’s a hurricane of a mess!” I start to sweat, my heart rate goes tachycardic, and I get a sick, vomit-worthy sensation swell up in my throat. Does this mean I have I.S.?

No. Emphatically no. I KNOW I am a decent writer. I may never win any major writing awards, or have a million seller, but that’s okay. I’ve said this before but it needs to be repeated here: Even if I’d never had any book of mine published, I still would have kept writing because I love doing it so much. I didn’t need accolades, royalties ( not that they are necessarily a bad thing!)  or good reviews to validate that I AM A WRITER.

This, I think, is the difference between thinking you might have I.S. and actually having it. My sense of self worth, my idea of success, my feelings of value, are not tied up in whether or not the book reading world knows my name, buys my books, or clamors to retweet anything I’ve put on Social Media. What it adds up to is that – in my very humble opinion – I have a strong, well defined, and productive EGO. And I’m not talking about the posturing, self important, look-at-me-and-no-one-else part of an Ego. I mean, simply, I know my worth, am okay with it, and can hold my head up high.

Okay, peeps, here’s my writing PSA for the day: STOP THINKING YOU ARE AN IMPOSTER AT THIS WHOLE WRITING THING. You write, ergo ( and don’t I just love being able to use that word!!) YOU ARE A WRITER!!!

Looking for me? Here I am:

Sometimes I seriously wonder why God put the desire to write inside my heart. Some days, like today, I question the logic of what I’m trying to accomplish with writing. 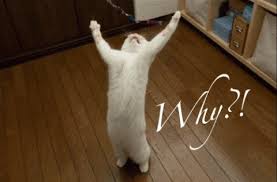 Is it a test, to see if I can be dedicated to an end product?

Is it supposed to get me motivated to live a better life? Be a better person? Practice better faith?

Should I be feeling frustrated, incompetent, and inadequate? Are these emotions necessary for me to experience in order to get to the finish line, literally, and write the end?

Or is it all about the journey, the roadmap, the ups and downs that will eventually get me there?

Whatever the reason I have the desire to write ingrained in my soul, there are days like today, when the words won’t come, the dialogue is cliched, and the syntax is unrecognizable as English, that I question WHY.

Why am I doing this to myself?

Why am I making myself crazy and heart-sick?

Why am I wasting my time chasing a dream to commercial success that appears all but delusional from my perspective? 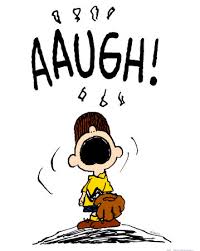 Just at that moment I’m ready to chuck my laptop out the window I remember the real reason I write. It’s not for commercial success. It’s not because I like seeing my name emblazoned across a book jacket ( although that is nice!). It’s not because I’m so conceited  I want to jump up and scream “Look at me! I can write” just for the attention.

No. I write because all these stories swimming around in my head are begging to be set free. I write because I love to. I simply, uncategorically, love to. There is nothing else in the world that gives me such joy and pleasure as penning a perfect line of dialogue or a description that gets heads nodding in recognition when they read it.

So. Please excuse my subtle rant. I’m off to write now.