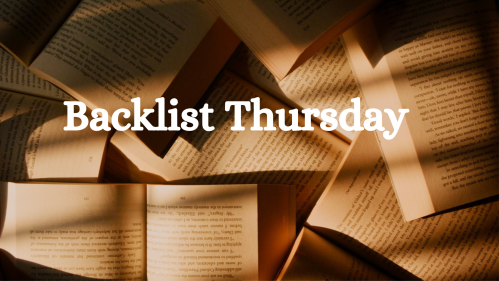 The final book in the WILL COOK FOR LOVE trilogy is cousin Stacy’s story, CAN’T STAND THE HEAT

For this story, I took Stacy to a reality TV cooking show set in Montana and put her on a working cattle ranch. She agrees to be the associate producer because she’s promised her very own show to produce once this one is in the can. The one drawback? The director is a guy known for his explosive temper and disdain of producers in general. The Montana heat in  July, coupled with the scorching heat that flows from Stacy and Nikko every time they’re together, made this one steamy book for me to write. I needed a few cool showers during this one, peeps! LOL

Blurb: In Peggy Jaeger’s delectable series, delicious food is just an appetizer for life’s main course: the kind of love that feeds your soul.

With three successful TV series under her belt, including her cousin Kandy’s, executive producer Stacy Peters is ready to helm her own show. But to make that happen, she has to do her network boss one favor first—spend two months on a ranch in Montana wrangling the notoriously difficult director of Beef Battles. Apparently, he eats producers for breakfast. Yet all Stacy can think when she meets the lean, rugged man is how hungry he makes her . . .

Dominic Stamp—Nikko to his very few friends—has had enough interference from TV newbies. And when Stacy climbs out of the car in Montana, he’s not convinced she’s even old enough to drive, much less produce his show. But he can’t deny that the long-legged blonde with the stubborn will and the dazzling smile whets his appetite. And as Stacy proves her talent with the crew and the budget alike, Nikko vows to prove to her that love is on the menu for both of them . . .

“I wish you’d do that more often,” he said, his hand circling her upper arm as he turned her, slowly, back to face him.

He stared at her a beat, the line between his brows deepening. “Smile.”

“More specifically,” he added, “smile at me. You do at everyone else. From Dixon, to his son; the crew. Even Melora. Everyone, but me.”

His grip tightened a little as he pulled her in closer, their torsos almost touching.

“Why? Why can you show everyone else that little piece of yourself, but not me?”

“I…I don’t know how to answer that,” she said. “I know I was thrust on you without you wanting me here. I know you don’t like me, I—“

“That’s not true. I didn’t want to like you,” he admitted. “There’s a difference. You’re a producer. A bottom line watcher. An annoying necessity. Liking you goes against the grain.”

At that she did smile, because she knew it was true.

“See now,” he said, as he slid his other hand up her arm to settle on the back of her neck, fingers curling up into her hair to hold on. “When you do that? When you smile at me like that, so openly, so…freely? I can’t think about anything else.”

A gentle tug and he had her head pillowed in his spread palms as he bent his own down to hers.

Through her glasses, she watched the fine whiskey in his eyes blend with the ink of his pupils as they dilated.

“I haven’t been able to think clearly about anything for the past few days.” His mouth was a whisper from hers. His gaze skimmed from her eyes to her mouth and back again in one slow string of heat. “Except for this.”

She thought she’d be prepared for the feel of his lips on hers again. After all, she’d done little else but reminisce about their texture and taste for days. But she was wrong.

Nothing could have ever prepared her for the way the slight pressure he placed on the back of her neck as he brought her closer sent a shiver of such carnal delight down her spine she almost hummed. Or the way his breath, warm and full, felt as it washed over her cheeks. And she certainly wasn’t prepared for the onslaught of emotions he released within her when he quite expertly parted her lips and deepened the kiss, pulling at her very soul.

No, nothing in her life had equipped her with how to deal with Nikko Stamp’s kiss.

So she simply let go of all thought, fear, and concern and surrendered to it.

Intrigued? You can get your copy here: CSTH

Next week I start another series. Which one? You’ll have to tune in next Thursday to find out!! Heehee. In the biz, that’s called a tease.

Looking for me? Here I am:

Filed under The Laine Women, Writing

On lifestyle changes, doing better and trying to get healthy…

I don’t usually share my personal struggles on this blog.

I really don’t. Talking about writing or my issues with writing isn’t what I mean. Yes, I do discuss those, but they are pretty innocuous topics.

I mean, I don’t usually go deep and write about the daily struggle I have with my weight, my eating disorder, and my body image.

But…first I want to share something with you that I saw the other day that just RESONATED with me sososos much. Please take a few minutes to watch this. If you’ve already seen it, watch it again because every single person on the planet needs to hear this.

I’ve been fat shamed my entire life – by others and by myself. I know, I know! You’re supposed to love yourself for who you are, not what you look like. The reasons behind my eating disorder are lifelong and involve things said to me while I was child by my biological father and my grandmother. When people who are supposed to support you tear you down instead as a child, well, let’s just say that baggage gets carried into adulthood. I’ve never been able to look in a mirror and tell myself “you’re enough the way you are, because I was never able to feel that way.”
That’s on me.

When my daughter got engaged on Christmas eve, my first emotion was elation. For her. My second was terror. For me. As mother of the bride, I’m going to be front and center at all events looking….not good. Not the way I want to. Not the way I should. To have two opposing emotions – happiness for her and sadness for me – at the same time sent me into an emotional spiral that ramped up my eating disorder. Just like James Corden says in his video, shaming someone leads to depression, decreased feelings of self worth, and ineffective coping mechanisms. For me, that means an increase in my bulimia.

There. I said it. I admitted it out loud. Well, in print, anyway. But you know what I mean.

The first step towards fixing a problem is to admit you have one. Just like with alcoholism and drug addiction, you first need to recognize, name and accept that you have an issue, before you can begin to heal, fix, and help yourself.

So here’s my admission. My name is Peggy and I’m a bulimic.

The second step is to come up with a plan for dealing and/or changing the issue. Way easier said than done, for sure. But now that I’ve said out loud what my issue is, I can devise a plan to fix it.

First step in this is to stop binging and purging whenever my emotions get out of hand.

Again, easier said that done, but if I think it, speak it into the air, and tell it to myself often, I know I can combat the desire.

Maybe this is all a little TMI for you. Maybe it is for me, too, but I am determined at almost 60 years old to finally FINALLY squelch this behavior. If writing about the struggle will help me attain that goal, so be it.

My goal is to eradicate my eating disorder, lose the excess weight pulling my health down, and in so doing, be the best, healthiest Peggy I can be. If that means that ultimately I am a size 8 or a size 18, so be it.

Until the next time I feel the need to talk about this again! ~ Peg